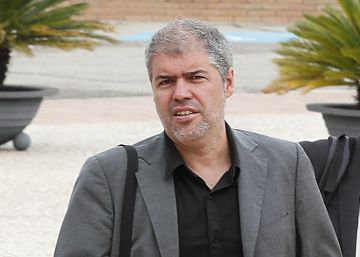 The collective bargaining agreement signed by the unions and employers in the summer of 2018 is working, according to CC OO. The increase in salaries is allowing 90% of workers covered by collective agreements would gain purchasing power, calculates the union, based on statistics from the Ministry of Labor, which yields an average wage increase of 2.2% until May.

TO early summer of last year, CEOE, Cepyme, CC OO and UGT signed a collective bargaining agreement (AENC) that envisaged an increase in salaries of 2% plus an additional point based on productivity. In addition to the criteria for annual renewal, the agreement also recommended setting the lowest salary in collective agreements at 1,000 euros per month.

To this last point refers the general secretary of CC OO, Unai Sordo, when he speaks of "resistances" in the employers and calls for compliance with the agreement. "If the employer persists in resisting to comply with the signed, we will urge to raise the minimum wage interprofessional," said the trade unionist in the presentation of a report that assesses the application of the AENC in its first year of effectiveness, of the three for which it was signed.

How far will they ask to go up? "Wherever it is necessary," Sordo replied. He has warned that they want the SMI to be updated by the end of the year, but he has not specified whether up to 1,000 euros per month (14,000 per year when measured at 14 annual payments).

According to data from the first five months of the year, the average rise is allowing wages to gain 1.1 points of purchasing power, since prices are showing another year their weakness. As that is an average, we must go down to the detail and there, CC OO calculates that of the 7.45 million workers who have the protection of an agreement until May of this year, 90% would gain purchasing power.

The workers who would have seen their salary rise the most with the most representative agreements signed in the last 12 months would be 22,440 of the driving school sector, 10.53%. It would also be important the rise of employees of sports facilities and gyms, 5.12%. At the other extreme would be the 17,000 workers cleaning buildings in Seville, with an increase of 0.7%.

Explains the author of the study, Carlos Martín director of the economic cabinet of CC OO, that the rise is possible without firings because companies have room to increase wages. "Non-financial companies won 38 billion more in 2018 than in the best moment of the previous growth stage," he says. In addition, he points out that the companies have a surplus of financing of 32,000 million.

Martín defends that the fact that salaries have fallen in 2016 and 2017, if the Labor Price Index is taken as a reference, disseminated by the INE recently, is due to the labor reform. "It operates in both the crisis and the recovery stages," says the economist.

The signing of the AENC has meant "a before and after" for CC OO. Its head of Trade Union Action, Mari Cruz Vicente, defends that thanks to him the dynamics of the negotiation would have accelerated. This hypothesis is confirmed when the figures of agreements and workers covered are observed. In the first five months of this month, the agreements in force – both signed this year and the plurianuales signed in previous years – covers almost 7.5 million employees, 1.8 million more than in the same period of 2018 or three million more than in 2017.