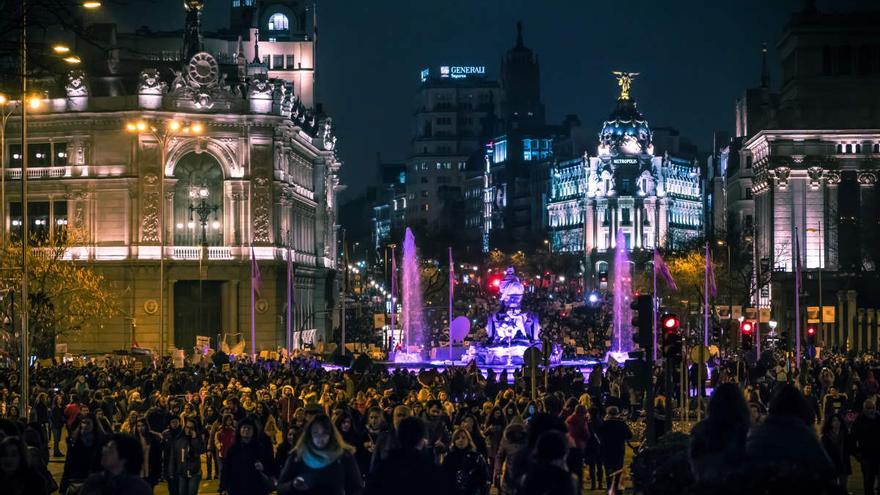 The 8M Commission, the working group that organizes actions for International Women’s Day, wants to to “take to the streets” again in 2021, although its intention is that the mobilizations are carried out with security measures and decentralizing some acts to avoid large concentrations.

This has been explained to Europa Press by sources close to the organization, who have indicated that they are now waiting to receive the approval of the Government delegations, to be able to make your proposal official.

The same sources have explained that the objective is to carry out a central act to “take to the streets” one more year, but decentralized actions will also be carried out, by the neighborhood or local commissions, to avoid “a massive concentration” and “diversify” participation.

This 2021 edition occurs in the middle of a pandemic and after the criticism of its celebration last year. The opposition pointed to the 8M demonstration to criticize the government’s management at the beginning of the health crisis and as a source of contagion, when the Minister of Equality, Irene Montero, or the Minister of Health – then of Territorial Policy and Public Function– Carolina Darias, tested positive for coronavirus days after participating.

In 2020 they also participated in the demonstration representatives of political parties, What PP Y Citizens, which in 2021 can rejoin, since the call for these events is made through open assemblies and anyone who wants to join does so freely.

Thus, it is common to find numerous groups in demonstrations that vindicate themselves with different struggles and the organization has explained that they convene but cannot control who occupies the spaces or the banners they carry.

And it is that, this edition is being prepared in the middle of the debate on the approval of the Trans Law, a text of the Ministry of Equality that has generated disagreements between the partners of Government by the depathologization of transsexuality and gender self-determination.

These disagreements have also been transferred to the feminist movement, since there is a part of it that believes that this self-determination of gender will allow any man who feels like a woman to benefit from the rights that the movement has been fighting for for decades.

In this position is the Alliance against the Erasure of Women that, as explained, will celebrate 8M as “a day of vindication of the feminist agenda”. “The debates are not raised against anyone. We will be in the demand for our agenda linked to equality between women and men,” said the association.

As he pointed out to Europa Press, the debate on queer gender “is for feminism an unforeseen agenda that has nothing to do with the feminist agenda” and that, at present, its concerns “and that of the vast majority of NGOs of women “focus” on precariousness, sexual and reproductive exploitation, the unfair disadvantages they face, the presence of women in science, political representation or the impact of sexual abuse and assault. “

“Those who from any space, including institutional, use March 8 to raise or impose other debates, they will be in other things but not in the defense of women’s rights, “he insisted.

In his opinion, “The problems of transsexual people are one thing, those of transgender people another” and “its problems are part of other debates that are not the objective of a day of struggle in defense of women’s rights.”

From the Trans Platform Federation, its president Mar Cambrollé, has indicated that the organizations that form it will participate in the 8M actions in the territories in which they are present, such as the Community of Madrid, Catalonia, Aragon, Galicia, the Basque Country, Navarra, the Canary Islands or the Balearic Islands, of which they also form part of the organization.

In this sense, he explained that some events are planned online, feminist book readings or online discussion tables And, he has pointed out, in all of them there will be participation of trans people, among other groups. Because, as Cambrollé has indicated, the feminist movement and trans organizations have always gone “side by side” in the fight for their rights.

Those who do not share this, he explained, are women “bourgeois, academic and with positions” that, in his opinion, they are not in reality and he recalled that in the actions of 8M they have always participated in the struggle of all kinds of women, with functional diversity, gypsies, in extreme precariousness, and even collectives such as Kellys, who they have also been supported by feminists.