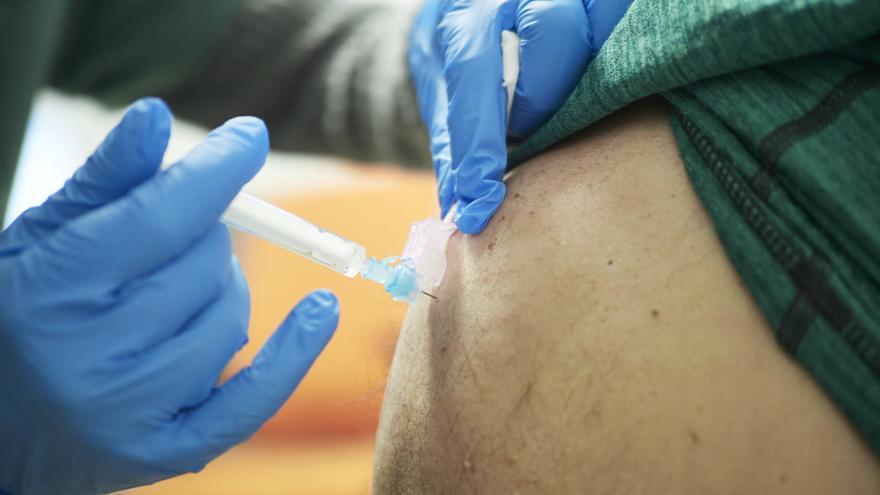 The majority of the Spanish population continues to be willing to be vaccinated against COVID-19, despite the ups and downs that have occurred with the AstraZeneca and Janssen sera in recent weeks. 88% of citizens want to receive the doses, according to the latest CIS barometer. Some of those who are willing put some condition such as that the serum "is tested" or that they have "sufficient information".

The CIS survey thus reflects that confidence in vaccines to prevent the disease is still very high. In fact, although the percentage of people who say they will reject the serum when it is their turn has risen by almost one point, it is still at a low level: it is now at 6.2% compared to 5.4% a month ago.

The high predisposition to receive any of the vaccines occurs after Spain, and other European countries, decided restrict the application of AstraZeneca serum to people over 60 years of age after the cases of cerebral thrombosis studied by the European Medicines Agency. The EMA rated these rare cases as very rare adverse effects of the drug and upheld its recommendation to use the product on anyone over the age of 16 without distinction. Even so, the Interterritorial Health Council that brings together the Ministry of Health with the autonomous communities decided to apply limitations.

Also, last week, the Pharmaceutical Janssen decided to delay the shipment of its doses to the European Union after the US Drug Agency proposed to paralyze its application while evaluating some cases of clots in person who had been injected with this serum. The European Agency is also analyzing these episodes and plans to issue a statement this week.

In addition, the CIS barometer continues to place the health dangers posed by COVID-19 and "the lack of resources" to face the pandemic as the main concern of the public ahead of unemployment and the economic crisis derived from the disease. 92% of the population considers that the situation created by the pandemic worries them "a lot" or "a lot". In this sense, 44% of those surveyed have considered that tackling the disease requires "more demanding measures", while 32% would remain as they are. Still, more than half think the worst of the pandemic is over.