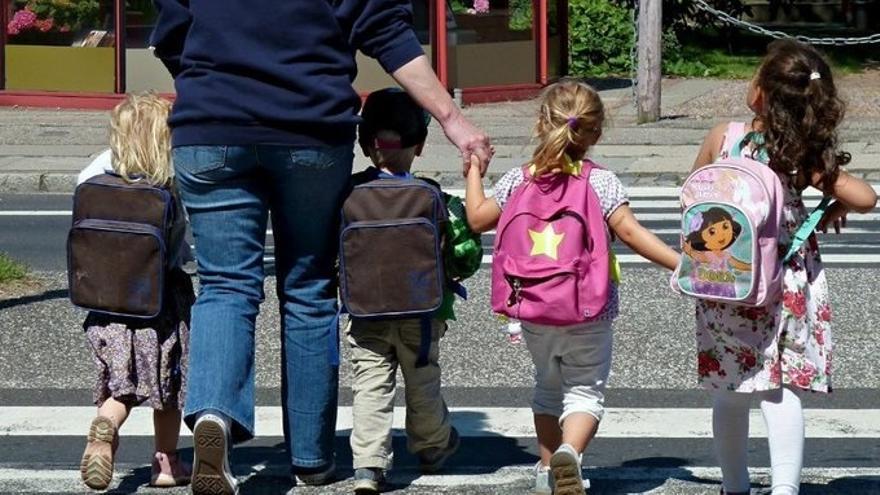 The pandemic has involved the investment of 3,559 million euros in education, equivalent to 283 euros per student and even 7.9% additional compared to the previous year although children’s rights such as extracurricular activities or recess have been neglected, which have been altered for one in two children.

This is the conclusion of the report ‘A school year through the pandemic’, by Political Watch and the Children’s Platform, which analyzes the extraordinary public investment destined to guarantee the right to education in the 2020-2021 academic year and that collects data from demoscopic surveys of the perception of families about the measures in educational centers.

According to the study, based on the consultation of 65 public platforms for access to information and in the analysis of more than 18,000 contracts, the funds have focused on adapting to the protocols covid (72.2% of the total and 206 euros on average per student), ahead of investment in digital education (16.1% and 45.9 euros) and spending on equity (11.6% and 33 euros).

At the regional level, the additional effort of the autonomous communities represents on average 30.6% of the extraordinary funds and has meant an average increase of 2.9% in the education budget compared to the previous year.

The study indicates that half of the families (54%) estimate that reducing the number of students per classroom has improved the quality of education, although one in three indicates that educational achievement during this course has been lower than the previous ones.

However, despite the fact that the additional expense guarantees safe presence, the administrations have neglected the well-being of the students, according to the document.

Thus, according to the report, 4 out of 5 families (82%) believe that the measures adopted can negatively impact the mental health and emotional well-being of children.

“The planning of measures has not sufficiently prioritized the well-being of children and the comprehensive fulfillment of their rights. Their right to rest and recreation have been very limited by the measures, directly affecting their social relationships,” warns education specialist from the María Rodríguez Children’s Platform.

In this sense, half of the students have seen their right to rest in school altered: 3% of the children have not been able to go out to the playground during recess and 47% have only been able to do it a few days a week.

Regarding extracurricular activities, they have been reduced or completely eliminated in 81% of educational centers in Spain; specifically, they have been canceled in one out of every two centers.

In this regard, they have been eliminated in 54% of the publicly owned centers, in 41% of the subsidized centers and in 31% of the private ones.

“We have not found any evidence of budget execution related to psychological care programs from educational centers during the 2020-2021 academic year. The planning of the next academic year must include specific items”, adds Rodríguez.

According to the study, 3 out of 4 families consider that health protocols have been respected in their educational centers until the end of the course and even 16% highlight that these have increased in recent months, while 9% indicate that they have relaxed.

In terms of educational equity, 87% of families believe that measures are being taken in the centers to ensure compliance during the pandemic, although 1 in 3 believes that they are insufficient.

Lower-income families maintain, to a greater extent than higher-income families, that no measures have been taken to ensure that all children can continue with their education (15% vs. 8%).

“The bulk of the measures developed and financed with public funds it has had an organizational component rather than a pedagogical or educational one. Therefore, the families’ perception of the low educational attainment during this academic year is not surprising “, underlines the director of Political Watch, Javier Pérez.