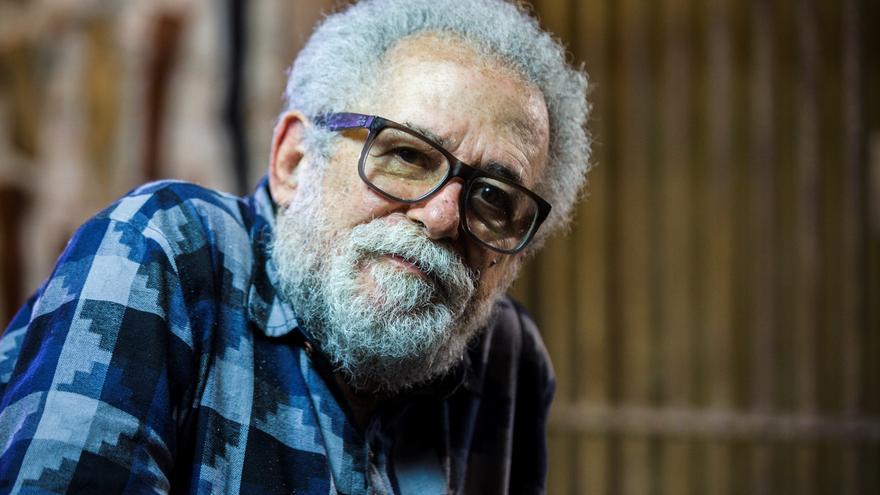 Recife (Brazil), Feb 19 (EFE) .- Brazilian composer José Carlos Capinan turns 80 this Friday into one of the most combative poets of tropicalismo, a movement that he helped to elevate by putting lyrics to hits such as "I'm crazy about you , América ", a song already performed by Caetano Veloso, Gilberto Gil and Celia Cruz and which hides a tribute to Che Guevara.

With lyrics in Spanish by Capinan and music by Gil, the piece was an explicit request by Veloso to the composers on October 9, 1967, the day of the death in the jungles of Bolivia of the Argentine guerrilla leader Ernesto 'Che' Guevara, to enter in the first repertoire of songs from the 'tropicalia' or 'tropicalismo'.

"It is a song that was made on the day that Che Guevara was assassinated, who is an icon of the idealism of transforming the freedom of America," the octogenarian composer recounted in a telephone interview with EFE.

Besides a tribute to the Argentine revolutionary, the song, Capinan assures, "shows the deepening in this matter of expressing the affinity of the peoples of Latin America."

"It is a letter from the fight against submission to the empire and I took a risk along that line, trying to compose in Spanish with my vision of the world, at a time when Cuba had a very intense artistic and cultural production", highlights the also author from 'Papel maché', another of the great hits of tropicalismo.

'The name of the dead man can no longer be said, who knows?' is one of the choruses of the song in which Capinan hints at the tribute to Guevara, a fact that was only openly addressed by Veloso himself with the end of the military dictatorship that ruled Brazil between 1964 and 1985.

In a 2012 interview with the Rio de Janeiro newspaper O Globo, Veloso revealed that the Cuban Celia Cruz (1925-2003) had refused to perform the song because she had that implicit tribute to Guevara, but then on a visit to Brazil she ended up recording "I'm crazy about you America" ​​which would be the grammatically correct name.

Capinan, who traveled several times to Cuba and established ties with the island, believes that at that time the Caribbean country, despite its cultural boom, "had its channels very blocked for a common language with the rest of America" ​​and that is why his song approximated those Latin American affinities.

What still brought the Brazilian culture closer to the rest of Latin America was the use of "portuñol" in the song, which from the beginning was born with a grammatical error in the title when mixing phrases in Portuguese and Spanish.

A more modern version of "I'm crazy about you, America", performed by Ivete Sangalo, was in the 2000s the main song of the telenovela "América", on the Globo channel, which addressed the migration of Brazilians and Mexicans to the United States.

Capinan is considered together with Torquato Neto one of the most important composers of the 'tropicalia', an irreverent, questioning and revolutionary movement that incorporated foreign nuances and fused them with its own elements to create new artistic products during the dictatorship.

Throughout his career, Capinan has stood out as an activist in the black movement.

At eighty years old, the also journalist, lawyer, doctor and poet directs the National Museum of Afro-Brazilian Culture of the Historic Center of Salvador, the capital of Bahia, the state with the largest black population in the country, an activism that is portrayed in the documentary "The silence that sings for freedom", by Úrsula Corona.

"When I see a more intense Brazil, from the Northeast, for example, of blacks and revolutions, that brings me closer to Latin America and because it is a Brazil that shows more its true reality, which is here and in any country in Latin America", Capinan underlines the struggle, of him as white, for the black cause.

The "continuity of repression and caciquismo" maintain, in turn, "an anti-colonialism of that real Brazil, which is oppressed," affirms the composer, who in the biographical documentary that will be released this year will also have the recognition of other artists who sang it, such as Alceu Valença and Gal Costa.