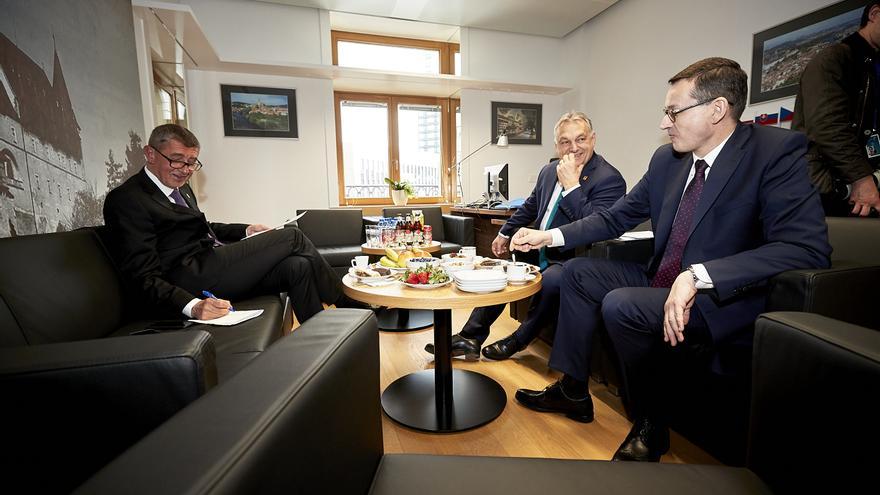 Respect for the rule of law, more financial resources, more attention to health and more skills to face crises. These are the main findings of a new poll commissioned by the European Parliament and carried out in early October.

According to the survey, almost eight in ten respondents (77%) support the idea of ​​granting EU funds to Member States on the condition that the government of the country respects the rule of law and democratic principles. At least seven out of ten people consulted agree with this approach in 26 Member States (80% in Spain).

Precisely the conditionality linked to respect for the rule of law is one of the elements that keeps the negotiations between the European Parliament, the European Commission and the Council (the Governments) in suspense to launch the 2021-2027 multi-annual budget of the EU, as well as the recovery fund. On the one hand, the German rotating presidency has presented a minimum document, in line with the political agreement of European leaders at the five-day summit in July; on the other hand, the parliamentary groups ask to be more ambitious and, finally, the countries in question, Hungary and Poland are not in the task of facilitating even this minimum proposal.

When it comes to increasing budgets, 54% of Europeans believe that the EU must have more financial resources to overcome the consequences of the coronavirus pandemic. In 21 countries, the majority agree with this statement; in fourteen, more than half of those surveyed demand an increase in the common budget (in Spain the percentage reaches 69%).

This is another element in contention in the negotiations with the European Parliament, whose multi-annual budget proposal amounts to 1.3 trillion, while at the July summit it was established that it should not exceed 1.74. Thus, in the negotiations that are taking place, they are looking for how to rearrange items and money from the margins to be able to increase, even if only testimonially, items emptied in July.

When asked what the additional funds should be used for, more than half (54%) answered that public health should be a priority, followed by economic recovery and new opportunities for companies (45%), climate change and environmental protection (37%), and employment and social affairs (35%). At the European level, climate change and the environment have put employment as the third priority for spending, changing positions compared to the June survey.

Health is the top spending priority for respondents from 18 countries. Estonians, Latvians and Czechs put economic recovery first, while in Austria, Denmark and Germany, citizens give preference to combating climate change. In Croatia, Slovakia and Finland they prefer to spend more money on employment and social affairs.

The concern about the personal financial situation shows the urgency of the recovery funds. A vast majority of citizens fear a direct impact on their personal finances or have already suffered: 39% of those surveyed say that the COVID-19 crisis has reduced their income, and another 27% expect that to happen in the future. Only 27% do not believe that the pandemic will affect their income. In 20 Member States, the majority admit that the crisis has affected them economically. This is the case of Spain, where 55% affirm that it has already happened to them, and 30% expect a decrease in their income in the future due to the pandemic.

Two thirds of the survey participants (66%) agree that the EU should have more powers to deal with crises such as the current pandemic (75% in Spain). Only a quarter of Europeans (25%) disagree with this statement. These results are in line with the results of the latest surveys carried out by the EP, in April and June 2020.

The survey was carried out by Kantar among the 27 EU Member States between September 25 and October 7, interviewing 24,812 people.

PUBLIC OPINION IN THE EU IN … by eldiario.es