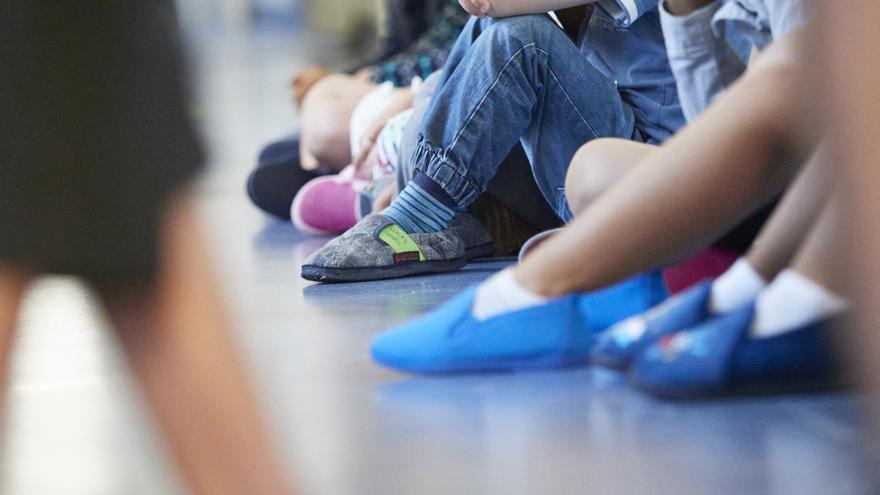 It remains one of the most silenced types of violence, but more and more investigations are trying to shed light on the reality of sexual violence against minors. The Ministry of Equality has presented this Friday the Study on the judicial response to sexual violence suffered by boys and girls, which analyzes 400 sentences handed down between 2010 and 2019 by provincial audiences throughout the country; 75% condemnatory. The report, prepared by the Themis Association of Women Jurists, points to conclusions such as that the majority, 75%, do not apply professional disqualification to authors to exercise jobs that involve contact with minors, something mandatory since 2015; and one in three rule out depriving the convicted person of parental authority in cases where the aggressor is the father of the victim.

As the authors of the study have explained in its presentation, the non-application of the disqualification responds most of the time “to the fact that neither the Prosecutor’s Office nor the private prosecution requests it”, something that constitutes “a ruling because it is something that already it is legislated and the law is not being applied “, explained Angela Alemany, one of the authors. On the other hand, not depriving the parents of parental authority does not imply that they continue to have visits with the victim, but it does mean that “they can take part in decisions about their life”, for example, which school they go to or where they live.

Professional disqualification as mandatory was introduced in the reform of the Penal Code of 2015, before, in 2010, it was already foreseen, but in a discretionary manner. From then on, and until 2015, only 16% of the sentences analyzed applied it; As of that year, with the modification of the law, the percentage increased, but only up to 24%. This despite the fact that “the need for the adoption of this measure is justified by its preventive nature by avoiding the risk for other minors that crimes are committed on them by those people who have already been convicted of sexual crimes,” says the report.

The investigation, promoted by the Government Delegation against Gender Violence, emphasizes that the results reflect a part of reality, because not all the sentences handed down are analyzed since even today most of these crimes go unreported. “We must not forget that the base of the iceberg is formed by all that hidden and silenced violence and we must take into account the large number of cases of prior dismissal that do not reach trial due to lack of evidence,” said delegate Victoria Rosell in the presentation.

Half of the aggressors are family members

However, the report dismantles some of the myths and stereotypes that usually surround this type of violence: the vast majority of the aggressors who appear in the rulings are not unknown, but rather 74% belong to the environment (half, 47%, are a member of their family). 98% are men, and they attack mainly at home: 33% at the victim’s home and 31% at the aggressor’s.

As for the victims, seven out of ten are girls, and their proportion increases as their age increases, that is, the closer they are to adolescence. More than six out of ten times, the victim was under 12 years of age. Furthermore, in most of the sentences analyzed, the assault is not isolated, but in 64% it lasts over time and occurs more than once. Something that intensifies when sexual violence occurs in the family (70%) and acquires the reverse trend when a stranger commits the violence, a circumstance in which a single attack occurs in 57% of cases.

However, and beyond the pending legislative advances, from Themis they have warned that sexual violence against children continues to cause in society “two contradictory approaches”, in the words of its president, María Ángeles Jaime de Pablo: on the one hand , “arouse the greatest social rejection and are seriously punished”, but on the other, “the myths that are still present lead to the first revelations of a minor being received by the family and school environment with surprise, if not by denial of their existence Nor is it rare to find voices that minimize the damage, despite the evidence we have on the suffering of sequelae “.

Psychological reports assess your credibility, but not the aftermath

The report also studies the complaints, presented mainly by the mothers of the minors (51%). It is striking the low proportion that comes from educational centers, social services, health or reception centers, which account for 4.24%, which “denotes the deficiencies in terms of professional training, instruments and protocols for the detection” of violence, the authors point out. They also add that the filing date “refutes the myth that victims of sexual violence ask for help and report immediately: only one in four was on the same day and 31% beyond a year later.

The report suggests the extension of the statute of limitations for the crime and that it begins to count as of the victim’s 50th birthday, a recommendation that exceeds the legal reform provided for in the Organic Law for the Comprehensive Protection of Children and Adolescents from Violence that the Congress processes, which remains in the 30 years. In practice, the current prescription (which starts at 18) is an obstacle to reporting, since when many of these minors verbalize what happened a long time has passed.

Regarding the judicial procedure, only 14% have used the preconstituted evidence resource, that is, that the statement of the minor is recorded and its repetition is avoided over and over again before different instances. Making it mandatory is one of the provisions of the new norm and one of the recommendations of international organizations and experts to avoid the re-victimization of children. On the other hand, psychological reports only appear in half of the cases and most of them are ordered to “assess the credibility of the minor’s testimony” and not to determine what consequences the abuse has had. In fact, only 18% of the rulings speak of psychological damage or sequelae in the victims and of the required treatments.

Another factor that the study assesses is compensation for civil liability. The average is 33,000 euros, but the researchers draw attention to the disparity: from rulings in which they are not directly established to others in which minimum amounts are given. The minor, in a conviction for sexual abuse with penetration, reaches 900 euros; the maximum, 100,000. In this sense, the report calls for the implementation of a scale to “objectify the economic valuation of the damages” that guarantees their right to reparation and recommends that forensic reports address the existence of sequelae and evaluate these damages beyond determining the credibility of the boys and girls.

“There is still a way to go”

24% of the sentences analyzed are acquittal. The majority, 35%, are based on “the contradictory testimony” of the minor, also on the delay in reporting (8%) and a similar percentage, the resolutions reason that there are “spurious motives”, for example, that there is manipulation by an adult. At this point, the experts have called attention to the use of Parental Alienation Syndrome (PAS), which some judges continue to use to deprive women of custody who have previously denounced the accused for gender violence or child sexual abuse.

This is one of the things that the children’s law plans to address, after for the Government to jointly submit an amendment to the project to promote measures aimed at its discontinuation. However, the Association of Women Jurists Themis has warned that the rule “still lacks.” For his part, Rosell has admitted that “there is still a long way to go” and has pointed to the reforms that also include the Law of Sexual Freedom, still pending: on the one hand, it eliminates the distinction between sexual assault and abuse, which also operates with minors, and after the latest changes, which have lasted more than seven months, incorporates childhood into its object of application. In this sense, it plans to design “a specific route” for the victims of underage sexual violence and creates comprehensive centers to serve them in the style of the so-called “children’s houses” generalized in other countries.

Tags: 65, aggressors, are, attack, cases, children, girls, half, Relatives, sexual, there are