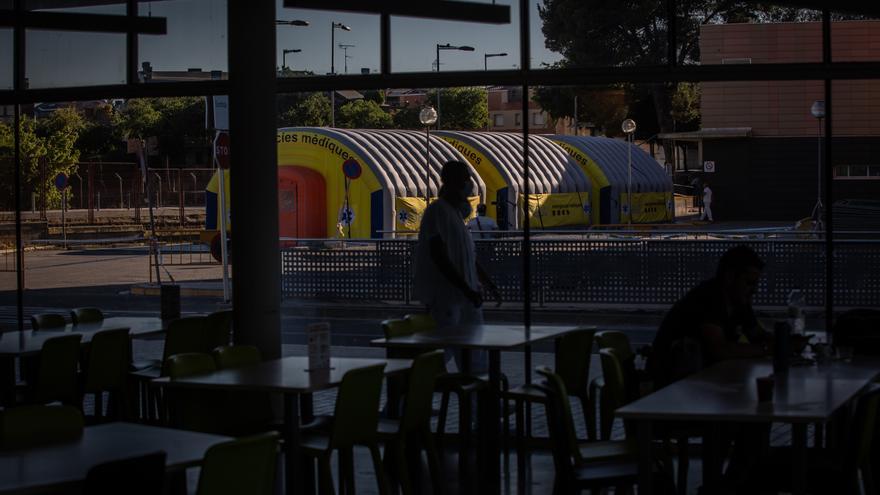 Since Spain entered the ‘new normal’ and social and economic life was reactivated, 369 outbreaks of coronavirus have been registered with more than 5,000 cases, according to Health. Both experts and health authorities assumed that this would happen and that this would be a ‘trial and error’ stage in which the reliefs after the lack of control would be constantly tested with the possibility of reversing. We are seeing it in territories that have once again imposed restrictions, perimeter closings or returns to previous phases of de-escalation. But what are these buds like?

The Ministry has broken down the data by type and characteristics in its daily balance of last Thursday: of all of them, still 281, 76%, remain active. A total of 3,260 infections are associated with these. The outbreaks are progressing in practically all the autonomous communities, the ones that are most worrying, Catalonia and Aragon, where there is community transmission of the virus. But also the Basque Country or the Murcian municipality of Totana, to which the regional government has returned to phase 1, recorded an escalation of positives. According to Health information, right now the greatest risk area is social (family or friends gatherings, leisure venues …), where more than three out of ten are grouped (32% and more than 900 cases), followed by labor, with a high incidence among seasonal workers, which concentrated “around” 27% of outbreaks.

Health defines in its protocols as an outbreak, any group of 3 or more cases with active infection in which an epidemiological link has been established. These are the communities that must communicate “at the time of detection” to the Coordination Center for Alerts and Emergencies. It is considered to remain active if you have any associated case in the last 14 days. Therefore, the figure that more than seven out of ten have not been closed even since the end of the de-escalation, on June 21, does not surprise Fernando Rodríguez Artalejo, director of the Department of Preventive Medicine and Public Health in the Autonomous University of Madrid (UAM): “It is quite normal, it is considered that an outbreak is not active when in the last 14 days there are no new cases. This implies that we must wait until the last identified close contact is not put sick. It hasn’t taken that long to inactivate. ”

Many of the outbreaks, explains Pedro Gullón, from the Spanish Society of Epidemiology (SEE), have occurred “in the last week or two” and those that “have been resolved are those from the beginning, which were fewer.” In any case, the expert stresses that “it is bad news” that there are uncontrolled outbreaks because it implies that they continue to maintain the transmission of the virus and are dangerous. The outbreaks have proliferated especially recently, especially in the cases of Catalonia and Aragon, but Health does not break down how many of those still active are new or how many have been out of control since the start of the ‘new normality’, something that would be worrying.

Still, one piece of information that reveals that “in general there is good control,” Artalejo claims, is that around 70% are small, with less than ten confirmed positives each. However, he calls not to let his guard down and to strengthen the traces and the performance of PCR and warns, as the data indicates, that the transmission is currently in full swing. The largest outbreaks, some with more than 100 cases, are occurring in social areas and among workers in vulnerable situations, adds the Ministry without providing more details. This is the case of the recent outbreak in a disco in Córdoba attended by four hundred people or those of the fruit and vegetable industry workers, who are usually very numerous.

Within the social sphere, in which there are now more active outbreaks, “in recent days especially those related to family gatherings and private parties have increased,” the Ministry explained in the document, with 47 outbreaks and more than 340 cases out of 900 in total in this category. It also draws attention to the recent increase in those linked to entertainment venues: at least 15 outbreaks and more than 350 infections. The latter area represents 5.3% of the total. Nightlife, both formal, in discotheques and bars, and informal, in large bottles or parties, is in focus due to the increase in positives and several autonomous communities have begun to impose restrictive measures in the sector.

According to Artalejo, these areas, both nightlife and family gatherings, promote contagion because “they take place in closed spaces, last for many hours and there is usually very close contact; people hug, kiss, share food … And, when there is alcohol, there is a tendency to use less protection mechanisms. That is, they meet the perfect conditions for outbreaks. ”

But, at the same time, the work also groups a large number of foci: 27% of the 281 active. “We are focusing a lot on young people because it is easier (” they do not put on the mask, they do not comply with the measures “), instead of analyzing that, although there is part of the truth that there are outbreaks in entertainment venues, they have occurred more in work centers or family gatherings, “laments Gullón. In fact, the insecure conditions in which seasonal workers live and work, something that Spain has been dragging on for years, has become in a public health problem. In various territories of Aragon and Catalonia, the origin of the infections has been precisely this. According to the Health accounting, among seasonal workers there are 27 outbreaks with 410 cases, 9.6%, a figure slightly higher than those registered at leisure venues right now.

This very Friday, the UN Special Rapporteur on extreme poverty and human rights, Olivier De Schutter, has demanded the authorities Spaniards improve “the deplorable conditions” of these migrant workers, who work and live in situations that favor transmission. Like last week, the ministers of Health, Salvador Illa, and Agriculture, Fisheries and Food, Luis Planas, They have met with the communities “to plan” future campaigns and “avoid possible outbreaks of COVID-19″, but there is still no coordinated solution on the table beyond appealing to joint work between autonomies, municipalities, agricultural entrepreneurs and sectoral organizations to ” have the necessary accommodations to accommodate workers and transport people with sanitary guarantees. ”

Finally, the Ministry refers in its balance sheet to “mixed” outbreaks, which are those that move from one area to another. As defined by Health, they are the ones that generate new transmission chains in different areas, but in which “a first index case can be drawn.” Almost two out of ten of the currently active outbreaks (19%) are of this type; followed by those that occur in health and socio-health centers –in nursing homes it is considered that there is an outbreak with a single contagion–, which represent 12% and 9% respectively.

We are dedicated to covering the coronavirus epidemic and its consequences. If you like our work, support us. Our independence is possible thanks to the commitment of more than 55,000 members who pay to be free.

Tags: 75, assets, coronavirus, family, give, leisure, little ones, MOST, night, sprouts, temp, They are