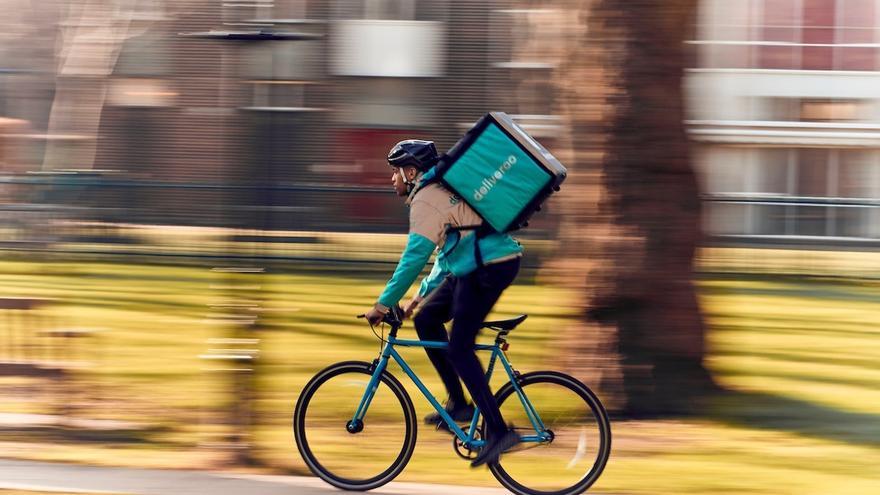 The ‘riders’ have won their macro trial against Deliveroo in Barcelona. The magistrate of the Social Court 24 of Barcelona has ruled that 748 Deliveroo ‘riders’ operated as false freelancers in the Catalan capital. The judge agrees with distributors and Social Security on the basis to the judgment of the Supreme Court of last September, which established jurisprudence and already established that the relationship between ‘riders’ and platforms was labor.

In the sentence, the magistrate concludes that the alleged freedom of the delivery man who argued Deliveroo “is not as wide as it wants to appear”, since in case of rejecting orders to the ‘rider’ the minimum orders were not guaranteed, and even the company could do without their services. In addition, the judge establishes that the periodic remuneration that the dealer receives is a “salary per unit of work”, admissible in labor relations.

The ruling obliges the multinational to register the distributors with Social Security and pay the corresponding fees between 2016 and 2018. The case of Barcelona responds to a macro-complaint filed by the Labor Inspectorate, an action that has also led carried out against other companies and in other communities. With this, there are already 41 court rulings that rule in favor of the employment of the relationship between distributors and platforms, an issue that the Government tries to shield by law through negotiation with social agents. After a month of negotiation stalled, talks will resume this Wednesday.

In the case of the Barcelona delivery men, the magistrate points out that they do not have their own organization and that, on the contrary, they were subject to the governing, organizational and management scope of Roodfood Spain. SL, owner of the Deliveroo application. Through the digital platform, the company monitored the activity of the delivery people and their delivery time. Afterwards, the delivery men were evaluated on their degree of reliability, based on data provided by the computer application, which gave information on the real availability in the assigned shifts, the effective performance of the services, response time in the delivery of the orders, and provision of services at peak times.

“If the dealer’s assessment was deficient, he was given a 30-day notice during which it was observed if he changed his behavior. Otherwise, Roofoods Spain SL could cancel the dealer in the computer application and end his collaboration with he “, details the sentence, which highlights that” there is subjection to business orders or instructions “between the ‘riders’ and the company, contrary to what is alleged by the platform.

“It cannot be said that the delivery man had his own organization (neither material nor structural), because with the only means or elements provided by him (bicycle or motorcycle and mobile phone) he could not have carried out an activity like that of the ‘riders’ “, abounds the magistrate. The distribution, adds the sentence, “could only be carried out through the incorporation of the distributors in the organization or structure itself” of Deliveroo, which was given “by the multiple commercial agreements signed between it and a large number of restaurants” and by the application that relates to the company, the consumer and the dealer.