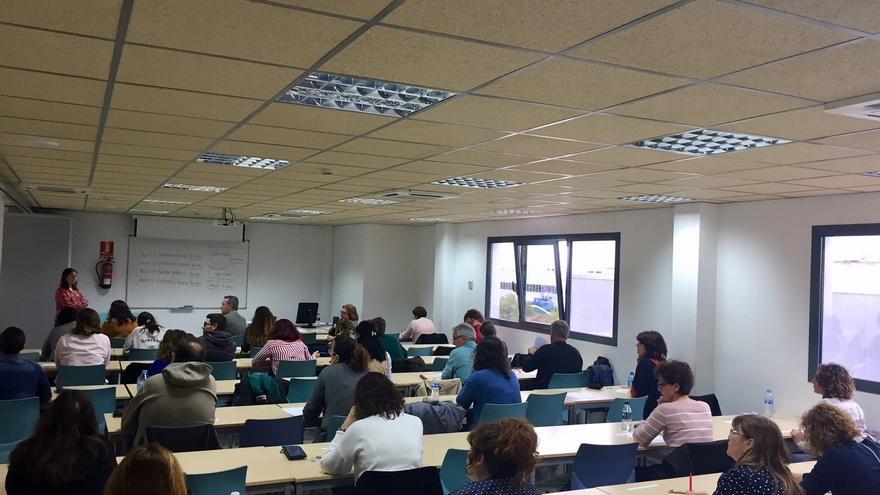 The percentage of students between the ages of 20 and 24 who have reached at least the second stage of Education Secondary (Baccalaureate or Basic or Middle Professional Training) in Canary Islands it has risen 16.1 points since 2010, reaching 72.5% in 2020. This is shown by the expansion of educational data from the Labor Force Survey (EPA), published this Tuesday by the Ministry of Education and Training Professional, with information from the National Institute of Statistics (INE).

17.3% of young Spaniards neither study nor work

The percentage of ninis it is the same for men and women, 17.3%, although the decrease in this indicator since 2013 has been somewhat greater for men (5.2 points less) than for women (4.8 points). According to the Ministry, this increase in young people who neither study nor they work is related to the lower employment rate in this age group, since the percentage of the population that studies or is trained continues to rise until it reaches 57.3% in 2020, 0.7 points more than in 2019. However, The percentage of employed young people who are not training falls by more than 3 points, from 28.5% in 2019 to 25.4% in 2020, in a context of a generalized fall in employment as a consequence of the COVID-19 pandemic.

The largest increases compared to 2010 correspond to Cantabria (+21.2 points), Murcia (+19 points) and the Valencian Community (+17.2 points). According to the Ministry, this indicator is in correlation with that of early school leaving, published in the advance of last January 29, and which indicates that the rate stands at 16% in 2020, 1.2 points less than the year previous. “Reducing the rate of early school leaving and increasing that of graduates of Baccalaureate or Middle Level Vocational Training is one of the main objectives of the new Education law, LOMLOE, which has just entered into force”, says the Ministry affirms that, for this, the Law designs a “flexible and open system, with a more competent curriculum, and is committed to reinforcing schools and diversifying itineraries, with walkways between them.”