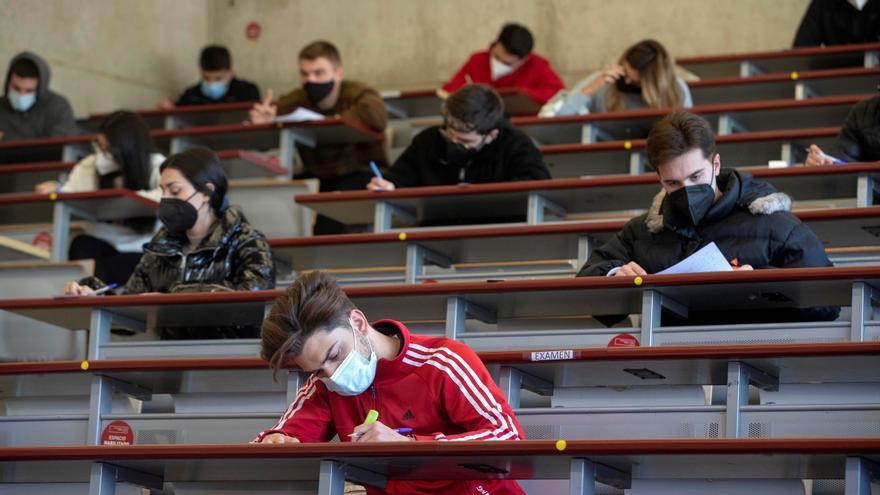 Mental health is the great concern of 72% of students in Spain, especially among women. It is the main conclusion of a study carried out by CANAE, the state confederation of student associations, and which aims to know the concerns of young people in training during this COVID-19 crisis. Survey Students in a Pandemic: 2020/2021 report places the rights of students (63.5%) and exams and evaluation methods (56%) as the second and third interest among university and non-university students. Online education, however, is not among the top concerns.

About one year after the first State of Alarm, reality has disrupted the way young people interact inside and outside the classroom. "Students define this last year with three words: 'overwhelm', 'stress' and 'anxiety'. Emotional education is the great unfinished business of our system," said Andrea G. Henry, president of CANAE.

The lack of voice of the student body is particularly worrisome for FP II and University students.

75.6% of women have highlighted mental health as their main stumbling block this year, compared to 61.3% of men. And according to level of education, the groups of Bachelor (8 out of 10 interviewed), ESO and FPI are more concerned, while for university students and those who study FPII it is in a second position (behind the Rights of students ).

By communities, respondents from all regions with the exception of Murcia ranked mental health in first place and Madrid stands out, where up to 75.2% of those surveyed indicate this concern, followed by Catalonia (69.8%), Valencian Community (69.2%) and Castilla y León (66.7%).

"We should not ignore the possible repercussions of the media story of the criminalization of young people, which relate the spread of the virus to youth leisure," indicate those responsible for the survey, who clarify that mental health is of equal concern to public school students, private and arranged. Faced with this, CANAE asks to implement the figure of the psychologist in educational centers and promote safe leisure activities during breaks.

Feeling heard: less than a third

Regarding other interesting data, the report shows that 80% of students feel less heard than other members of the educational community, which has its effect on the lack of student associations. Only 10.5% of those who responded to the survey are enrolled in centers that have these organizations.

"We should not ignore the possible repercussions of the media story of criminalization of young people, which link the spread of the virus with youth leisure," indicate those responsible for the survey.

It is in Murcia and Madrid where a greater concern about the lack of rights is reflected, although it has been highlighted in all communities and is slightly more notable in public centers compared to private and subsidized ones. CANAE suggests promoting parity in the distribution of places on School Councils among teachers, families and students and that the latter be taken into account in online teaching decisions.

Due to the Ebau, the concern for exams and evaluation prevail in ESO and Baccalaureate and is greater in the communities of Madrid, the Canary Islands and Valencia. Unlike the rest of the concerns, the response rates of women and men are quite similar and it ranks as the third concern for them and fourth for them, and is slightly higher in subsidized centers.

Although investment in scholarships has increased for the 2020/2021 academic year, these represent the fourth concern in the study, very especially noted in FPII, and it is more noticeable in public and subsidized centers than in private ones. On the other hand, it stands out more among women than among men. The geographical distribution of this concern reflects a special incidence in the Valencian Community, followed by Madrid and Catalonia, where it represents the third concern.

Education online and during school confinements is the seventh great concern of the students who have answered the survey.

Although it has been a year of debate about distance classes, online education does not represent one of the five main concerns of the student body. A little more in the case of those surveyed who are studying for Baccalaureate, possibly due to the university entrance exams. According to CANAE, "this shows a great capacity and effort of students to adapt to information and communication technologies and a great resilience."

The study places Madrid as the community in which there is more concern for digital education, well above the Canary Islands and Castilla y León, which are the territories that would have best adapted to this system.

Other concerns: equality, harassment and LOMLOE

FP students are especially concerned about educational laws (the second in order of priority), in this case the recently approved LOMLOE. In this sense, the student platforms demand a pact that guarantees equitable, quality and equal teaching.

Two months after the approval of the LOMLOE, educational laws occupy the fifth place indicated as a concern in the sample and the students consulted.

Gender equality is the sixth concern for women and the seventh for men, and Andalusia stands out as the community most committed to this issue. Catalonia and Madrid also stand out in this concern, and it occurs more among university students and FPII, which for CANAE can "respond to even more masculinized sectoral training or a greater awareness of inequalities".

In tenth position is harassment, to a greater extent in the case of men. The new forms of bullying in the digital environment that have increased in confinement due to COVID-19, indicates that the study concentrates homogeneous response levels in the different stages, with the exception of the university.