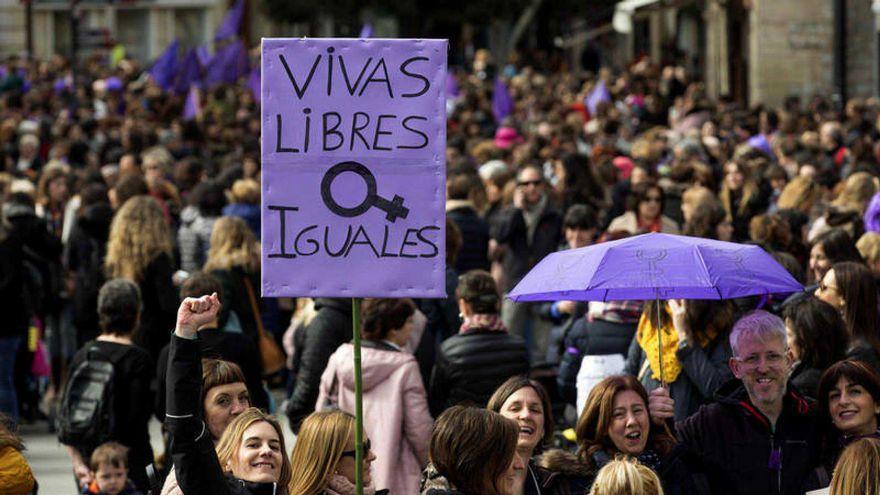 The Ministry of the Interior has presented this Wednesday detailed data on the events denounced for violence against women that, for the first time, include that which also occurs outside the sphere of the partner or ex-partner. In total, there have been 601,416 offenses registered by the State Security Forces and Bodies from 2015 to 2019, divided into physical, psychological, sexual and economic violence. In the vast majority, 68%, the aggressor was the woman’s partner or ex-partner, constituting cases of gender violence. The rest, almost one in four cases, have been committed by other relatives (domestic violence, which includes 12%) or other types of people such as friends, neighbors, co-workers, strangers … The latter category in the that stand out especially the attacks against the sexual freedom.

These are some of the conclusions of the study Report on Violence against Women 2015-2019, prepared by the Cabinet for Coordination and Studies of the Secretary of State for Security and released at the gates of 8M with the aim of “making visible a broader concept of violence against women”, as stated in the Istanbul Convention , ratified by Spain in 2014. The statistical base is formed by the so-called “denounced events”, which do not necessarily correspond to people or complaints because there may be several victims and several events, sources from the ministry have explained.

Most of the violent offenses against women brought to the attention of the State Security Forces and Bodies in this period, specifically 51% of the total, correspond to psychological violence, ranging from threats to coercion or degrading treatment. It is followed by physical violence (four out of ten reported events), sexual violence (7%) and economic violence (3%). All, except the latter, have grown in recent years, especially the sexual one, which has risen by 72%, going from the 6,692 reported events in 2015 to 11,525 in 2019. The psychological has also experienced an increase of 11%.

However, the most detailed conclusions are drawn from the concrete analysis of the typologies and how each one of them is divided into the categories studied: in gender violence, in domestic violence – committed in the family environment by someone who does not is neither the victim’s partner or ex-partner – or in another type of relationship.

Minors, victims in 40% of sexual attacks

Most of the events encompassed as physical, psychological and economic violence have been committed by partners or ex-partners of the victims, with percentages ranging from 71% to 75%. However, in sexual violence, it is just the other way around: 86% of attacks on sexual freedom reported by women have been committed by offenders outside this framework, or by other relatives (9%), or friends, acquaintances , neighbors, strangers … Almost half, 48%, have been committed in homes or annexes. In this sense, the scarcity of reports of sexual violence in the field of gender violence stands out – only 5% -, despite the fact that it is usually accompanied by it, according to victims, experts and organizations.

Another of the conclusions that stand out is that in sexual assaults, the age group most represented is that of underage girls, who were victims in 40% of the events reported since 2015. Above all, they are sexual abuse – which according to the Current Penal Code does not require violence or intimidation– and they constitute 53.5% of cases. In the typology of sexual assaults, with or without penetration, women aged 18 to 30 stand out.

The study yields a figure that contradicts the prevalence studies carried out so far regarding minors and sexual violence: according to reports, 80% occurs outside the family environment (neither gender violence nor domestic violence), while usually the victim’s closest circle is indicated as the most frequent. A recent study by the Anar Foundation, which analyzed 6,000 cases of childhood sexual abuse since 2008, concluded that more than half, 58.8%, were committed by a member of the child’s family. The differences, sources from the Interior Ministry point out, may be due, on the one hand, to the fact that in this case the victims are only girls, on the other hand, to the origin of the data. “Ours are based on complaints and facts known to the police. The origin is different and from there they can reach different conclusions,” they point out.