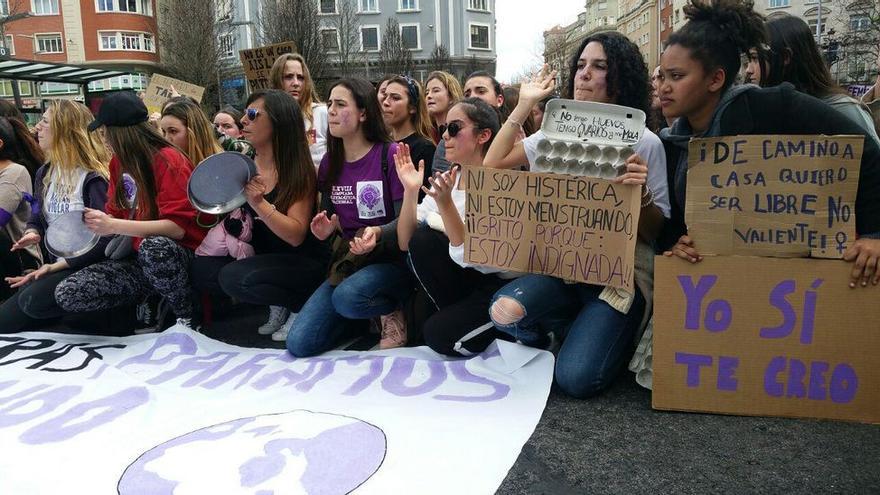 Don’t count it out of shame. Fear of reporting a man you know. Fear that they will not believe you, that your story does not fit are the usual image of rape. Suicidal thoughts. The last Macro-survey on Violence against Women published by the Ministry of Equality confirms the statistical impact of sexual violence, but also the vital and emotional impact. In recent years, women around the world have broken the silence on sexual violence in a phenomenon that will mark a before and after, but stigmas and stereotypes are still the norm. Only 8% of women who suffer sexual assaults outside the couple go to court, the Police or the Civil Guard. The majority of aggressors – 99.6% – are men and 60% of sexual violence is committed by acquaintances, friends or relatives.

The reasons for not reporting give an idea of ​​the extent to which sexual violence continues to stigmatize women. 40.3% of those who suffered sexual violence and 20.6% of the women who were raped did not report due to shame. 8.4% because they felt it was not important enough. “We continue to hear stories that put a kind of honor on the sexual life of women that is tainted if an attack occurs. An attack on sexuality is something that has to be covered up, and this is something that has to do with how we situate female sexuality in society “, explains specialized lawyer Carla Vall.

40.2% also report that being a minor discouraged them from going to court. The ‘I do believe you’ finds a quantitative meaning in this survey: 36.5% of women who suffered sexual violence and did not report mention the fear of not being believed as a key factor.

Vall points out that there is a perverse social imaginary that continues to operate. “It seems that if you suffer sexual violence, you can no longer do anything. In that sense, stereotypes about violence are sobering messages.” For example, when the victim of ‘the herd’ was singled out for meeting friends, going to the pool and uploading photos at a party to social networks. “We do not have another crime with such a strong tension between the social and legal norms: the focus is placed on the victim, it is stigmatized and the social sanction falls on her, when it normally operates on the aggressor”, describes the lawyer.

One piece of information gives an idea of ​​the emotional impact sexual violence has on women. 27.7% of women who suffer from it have suicidal thoughts at some point in their lives, up to 38.2% of women who are raped. “We still have a social story very foreign to sexual violence, it is sometimes difficult to recognize that what has happened to you is sexual violence, that dissociation between the social imaginary and what happens to you is a shock”, says Montse Pineda, expert in sexual violence and coordinator of Positive Creation.

The figure is also mixed with another that indicates that there are many women who do not go, not only to justice, but to available resources in search of some kind of help. “You are not going out of shame but also because you feel questioned,” adds Pineda.

The shock can increase if the aggressor is also known: “You think ‘what have I done to make something like this happen to me’ and if it is your partner or a family friend, you feel betrayed in the element of trust”. The Survey indicates that 9% of women over 16 have suffered sexual violence by a current or past partner.

But beyond the ‘stable’ relationships, the study data dismantles the classic image of rape just as that perpetrated by an unknown man in an alley. 60% of assaults are committed by known men. In the case of rapes, 20% are perpetrated by strangers compared to 80% by acquaintances, relatives or friends. In addition, 44.2% of the women who report sexual violence say that it happened in a home. 32%, in open areas, 17.8%, in bars, discos or restaurants.

“In front of acquaintances, you do not usually see yourself in a risky situation so much, it costs more to identify sexual violence and identify that man as your aggressor,” says Pineda, who is concerned about the root of all this violence: “We are not working as we should the basis of all this nor education “.