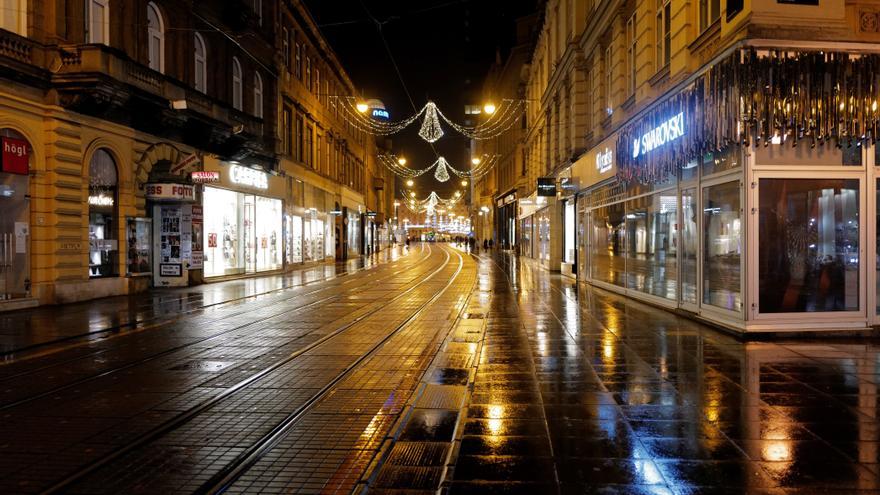 The 6.2 magnitude earthquake on the Richter scale that struck the city of Petrinja, in central Croatia on Tuesday, has caused a still unknown number of deaths, including a girl, and injuries, as reported by the local mayor, Darinko Dumbovic, to the radio station Croatia.

"Petrinja is in ruins. There are dead and wounded, there are missing. There is no house that has not been damaged. Ambulances cannot reach all places. It is chaos," said Dumbovic.

Shortly before making these statements, the mayor of Petrinja had indicated to the portal 24 sata that "the services have begun to rescue people from the rubble" and that the Army has come to the area to help with the tasks.

The expert Kresimir Kuk, from the Seismological Institute of the Adriatic country, warned that there may be new tremors and asked citizens to stay away from buildings in poor condition, of which there are many in the area around Petrinja.

"We cannot completely and theoretically exclude another earthquake (of equal intensity), but we can say that the probability of aftershocks of smaller magnitude is greater," Kuk told regional television N1.

According to that station, which has shown images of collapsed buildings and roofs on numerous buildings in Petrinja and how rescue teams, with firefighters and volunteers, recovered some people from the rubble, there were also injuries in Zagreb.

Many citizens of the capital, which has largely been without electricity, have taken to the streets and parks, and some have even left the city, which last March was hit by a 5.5-magnitude earthquake.

Kuk asked citizens to leave the streets free so that services can reach Petrinja without obstacles, a city attended by the country's Prime Minister, Andrej Plenkovic, and the president, Zoran Milanovic.