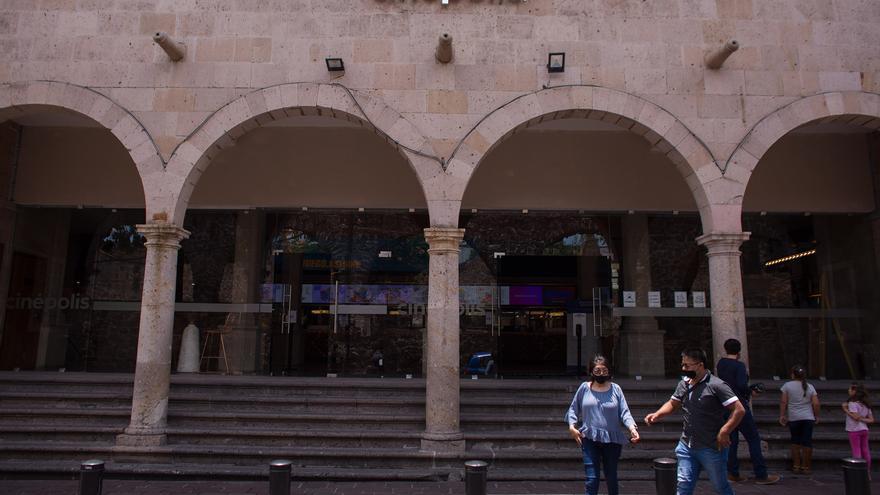 Mexico, Feb 10 (EFE) .- More than 55% of Mexican cinemas remain closed due to the Covid-19 crisis while rumors of definitive closures of theaters of the two main chains in the country, Cinépolis and Cinemex, grow.

The National Chamber of the Cinematographic Industry (Canacine) explained this Wednesday to Efe that it cannot pronounce because there is no official information on these final closings, but shared that for now they have only reopened 44.3% of the country’s cinemas, 433 out of 977 .

“Although the reactivation of cinemas began in early June with the reopening of cinemas in Aguascalientes (central state of the country), and these reopens have been gradual, there are several challenges,” he said in an informative note.

The situation of the cinema in Mexico gained notoriety this week, when users shared on social networks that the Cinemex website prevents buying tickets dated February 12.

Other users have published images of permanent closures in theaters in states such as Puebla and Veracruz, in central-western Mexico.

The pandemic, which accumulates almost 1.95 million cases and more than 168,000 confirmed deaths in Mexico, also caused a historical contraction of 8.3% of GDP in 2020, according to preliminary data from the National Institute of Statistics and Geography (Inegi).

The industry chamber, on which 150,000 indirect jobs and 50,000 direct families depend, shared that in 21 of the 32 states there is authorization for cinemas.

Even so, he stated that the reopening conditions differ in each city, with percentages of capacity ranging from 25% to 50%, some restrictions for days of the week, hours or age ranges.

Segmented by company, Canacine reported that Cinépolis has reopened 54.5% of its cinemas, while Cinemex operates 40.9% of its complexes.

“The confidence of the clients to return to the rooms has been given little by little, in studies that have been carried out, 95% of the clients who visit us feel safe by the protocols,” he concluded.