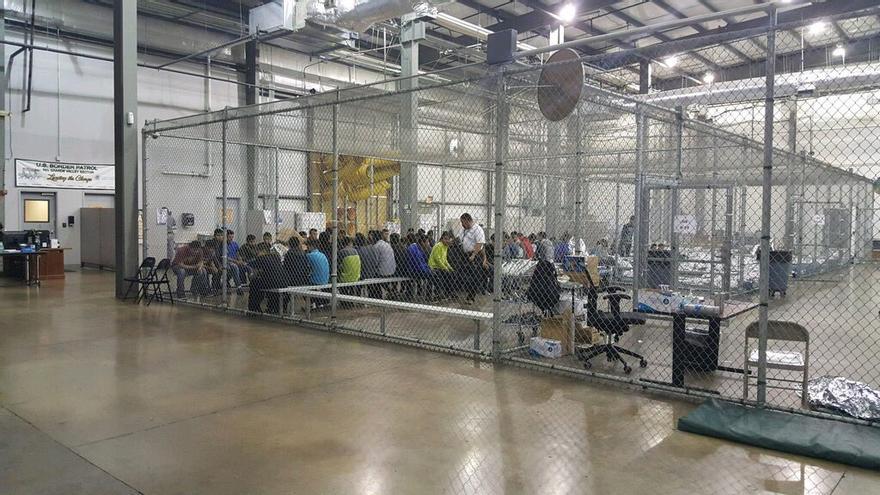 Lawyers tasked with reuniting migrant families who were separated by the US administration between 2017 and 2018 have said they have not yet been able to locate the parents of 545 children.

According to the request presented this Tuesday by the American Civil Liberties Union (ACLU) and which includes the NBC, two thirds of those parents were deported to Central America without their children.

The president of the United States, Donald Trump, began in 2018 a "zero tolerance" policy that separated migrant children and parents at the southern border of the United States as a form of general deterrence and without judicial authorization instead of prioritizing, like previous administrations, the deportation of people with criminal records. An investigation of The New York Times revealed that this practice had already started in 2017 under a pilot program. The figure of 2,737 children separated from their parents given by the Administration would then be much higher.

The ACLU and other organizations that are part of a "steering committee" appointed by the court in charge of the case learned that more than 1,000 families had been separated in 2017, according to data provided by the Department of Homeland Security. Among those 1,000, the committee has been able to contact the parents of 550 children but, for now, only believes that about 25 of them may have the opportunity to return to the United States.

The judge handling the case has scheduled a hearing for Thursday to discuss the status of the reunification efforts.

"People ask when we will find all these families, and sadly, I can't give an answer. I just don't know," Lee Gelernt, deputy director of the ACLU's Immigrant Rights Project, told NBC. "But we will not stop looking until we find each of the families, no matter how long it takes. The tragic reality is that hundreds of parents were deported to Central America without their children, who remain here with foster families or distant relatives."

While this policy was in effect, children who entered the country illegally from the southern border of the United States were separated from their parents and placed in centers that were not prepared for their situation and where they did not receive the necessary care. But social outrage became untenable when it was discovered that minors became locked in cages.

In June 2018, faced with social pressure and even by members of his own party, the president signed an executive order to end the separation of families at the border. "I didn't like seeing or feeling families separated," Trump said.

Earlier this month, a recording of Melania Trump was released in which the first lady defends her husband's policy of separating children from their parents, and even claims that fears of violence are feigned. "Many mothers and children are taught how to do it", Melania Trump said. “They come up and say, 'Oh, a gang member is going to kill us, they're going to, you know, it's very dangerous.' So they are allowed to stay here. "