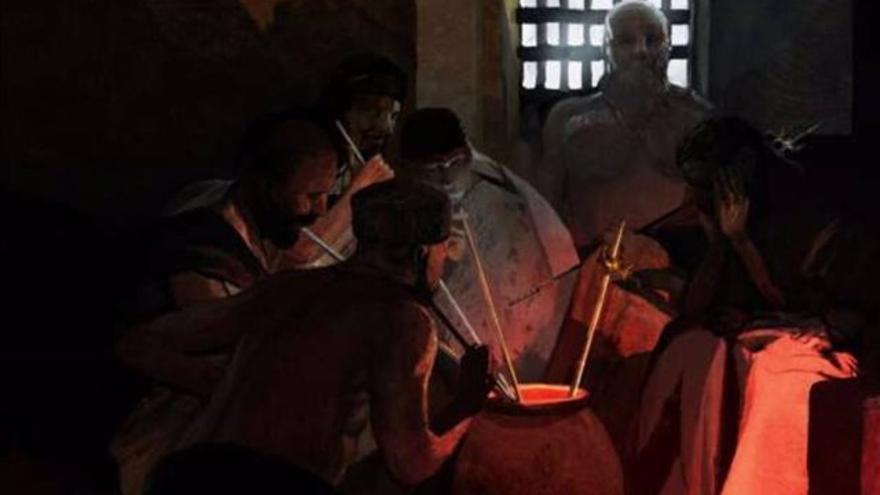 Archaeologists have identified the oldest drinking straws: long silver and gold tubes that are over 5,000 years old and they were probably used to drink beer from a communal container.

The objects were initially found in 1897 at Maikop Kurgan in the Caucasus. East great burial mound it is one of the most famous Bronze Age elite tombs in the region and contains three people and hundreds of precious objects.

This included the eight tubes, each over a meter long, some with figures of bulls on the stem. Previous research identified them as scepters or perhaps poles for a canopy. They are now on display at the Hermitage Museum, Saint Petersburg, but their purpose was unknown.

"A turning point was the discovery of barley starch granules in the residue on the inner surface of one of the straws. This provided direct material evidence that the pipes from the Maikop kurgan were used for drinkingsaid lead author Dr. Viktor Trifonov of the Institute for the History of Material Culture at the Russian Academy of Sciences in St. Petersburg.

Specifically, this suggests that these straws were used to drink beer, although the researchers were unable to confirm that the barley had been fermented.

Drinking beer through long straws became a common practice in the early Mesopotamian civilization of Sumer from the 3rd millennium BC onwards. The art depicts several long straws placed in a communal container, allowing people standing or sitting nearby to drink together.

During their research, Dr. Trifonov and team identified several key similarities to such Sumerian straws. In particular, most of them feature metal filters to filter out impurities common in old beer, something you also see in Maikop straws.

Such similarities with the Sumerian finds led the researchers to conclude that the Maikop tubes are also drinking straws. "If the interpretation is correct, these elegant devices would be the oldest drinking straws to date," said Dr. Trifonov, since they are more than 5,000 years old.

However, this is not the oldest known evidence of straws. Seals from Iran and Iraq dating from the fifth to fourth millennium BC show people drinking with them from a communal container.

Given this consistent use of straws with this design to drink beer from a communal container, the researchers concluded that the newly found straws were probably also used in the same way.

In accordance with this, a large container was also found at Maikop Kurgan that could hold enough beer for each of the eight drinkers to hold seven pints.

Despite these similarities, these new straws are hundreds of miles away from the other early evidence of the use of drinking straws in Mesopotamia and the surrounding region.

"The findings contribute to a better understanding of the early beginnings of ritual feasting and drinking culture in hierarchical societies," said Dr. Trifonov. Such practices must have been important and popular enough to spread between the two regions.

It also sheds light on the culture of Maikop, showing that he had deep ties with his neighbors to the south and perhaps a taste for the luxury and spectacle of his drinking ceremonies.

In particular, such ceremonies in ancient Sumeria were often part of 'royal' funerals. The inclusion of these straws in the Maikop burial mound and their prized position close to the deceased suggests that these lavish burials may have also taken place in the Caucasus.

"Before I had done this study, I never would have believed that in the most famous elite burial in the Caucasus from the Early Bronze Age, the main item would not be weapons or jewelry, but a set of beautiful straws to drink beersaid Dr. Trifonov.