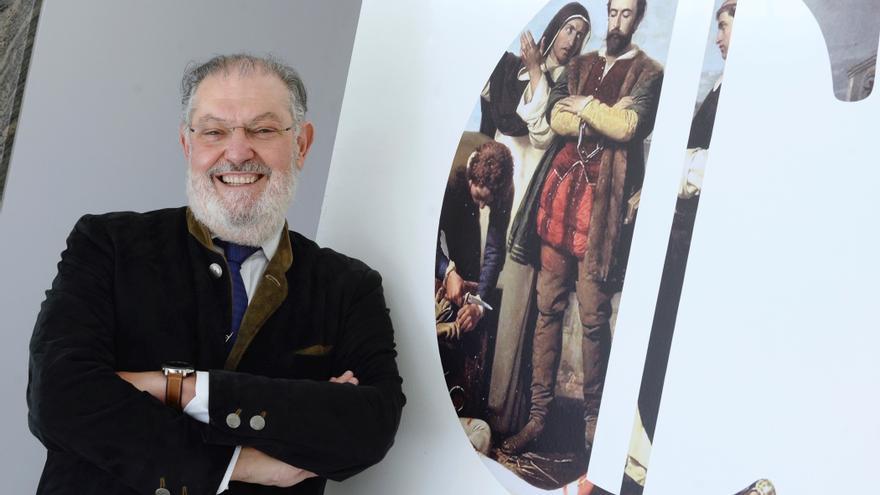 Valladolid, Apr 17 (EFE) .- From oblivion to exaltation, from obliterated memory to social and political demands, the community movement “has not left anyone indifferent” from the moment of its defeat to the present day: five hundred years of conflicting historiographies and political groping of different colors.

“It has not left any generation of Spaniards completely indifferent from the 16th century to the latest publications,” the historian Salvador Rus, professor of the History of Thought and of Social and Political Movements, has summarized in an interview with EFE (Universidad de León ).

Half a millennium has passed since the commune’s defeat in Villalar (1521) and the definitive surrender of Toledo (1522), but neither the echo nor the memory of what some have seen as the first revolution of the Modern Age and others have downgraded to the category of revolt of lesser scope.

“It is not a revolution but the attempt of a political change of great significance. The community members do not deny the monarchy (of Carlos I) but they do defend the control of the exercise of power through the institutional channels that were the Cortes,” he added. from the equidistance Professor Rus, scientific and academic coordinator of the commemorative program of the V Centenary of the Community Movement.

Organized by the Cortes of Castilla y León, under the slogan of ‘The time of freedom’, they have “tried to make it a commemoration of the Community” with the opening of an exhibition, the celebration of an international congress, the premiere of an opera which will tour the nine provinces and the filming of an informative documentary “for video libraries, schools and teaching centers,” he said.

Once the War of the Communities (1520-1522) was put down, the house of Juan de Padilla and María Pacheco in Toledo was demolished and its ruin covered with salt “to erase all memory”. During the 16th and 17th centuries there was an attempt to “forget and silence” the Comuneros until in the 18th century “a certain rehabilitation of their figure began”.

“But we must wait for liberalism to be exalted as champions and defenders of the rights and freedoms of citizens,” Rus continued, convinced that “they have been patrimonialized by political tendencies” of one sign or another, another demonstration of that “they did not leave anyone indifferent.”

Argüelles invoked them in the opening speech of the Cortes de Cádiz (1812) and even Karl Marx alludes to them in some of his pamphlets on revolutions, “but it is important to note that the first serious historiographical work was carried out by an academic, Manuel Danvila” , author of six volumes on the history of the Communities “which collects many texts from the Simancas Archive”.

They are in that archive because its main promoter, Felipe II, son of the monarch who was the protagonist of the War of the Communities (Carlos V) “wanted to know exactly what had happened.”

Danvila’s work, between 1897 and 1900, “is the first objective moment where a historian cares about knowing the facts with documentary sources,” he added, at the beginning of a century where other historians “decide that the commoners are mediocre politicians. , local and retrograde “, whom they accuse of” not advancing in the integration of Europe “.

In this vein, intellectuals like Ortega y Marañón do not value this movement against Carlos V, whom these thinkers consider “the first European” of the Modern Age, and even Ángel Ganivet “denies that the battle of Villalar existed”, he added. .

On the opposite side, there are those who claim “the Spanishness of the commoners” and their status as defenders of freedoms, which was championed by Emilio Castelar as president of the First Republic (1873) and Manuel Azaña in the Second Republic (1936).

After the Civil War, a group of historians (among them Joseph Pérez, Manuel Fernández Álvarez, Juan Ignacio Gutiérrez Nieto, Julio Valdeón, Demetrio Ramos and José Antonio Maravall) “coined the thesis that the Communities was a revolution that tried to promote a change in Spain”.