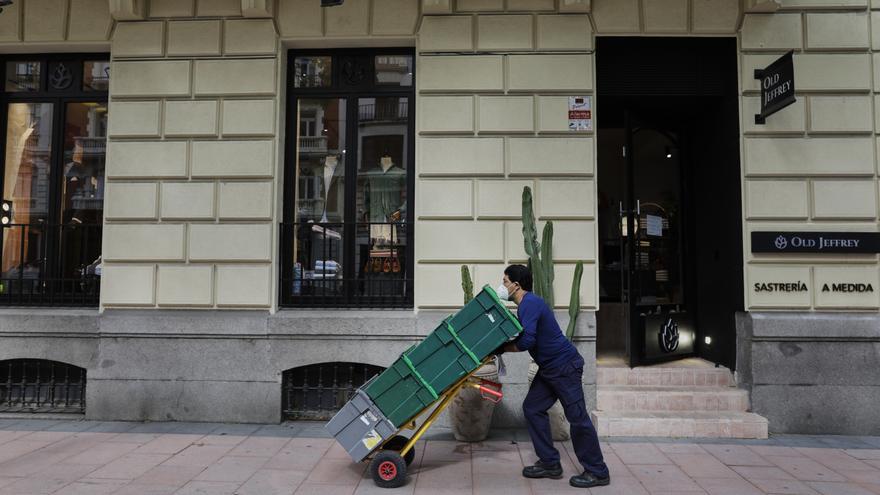 A former bank worker has been sentenced to four and a half years in prison for defrauding more than five million euros from a dozen people from an office on the Madrid street of Núñez de Balboa. The defendant, who still has at least one other pending case for this type of scam, convinced his victims to put large amounts of money in the hands of an alleged investor who would give them large profits and who, in reality, did not exist.

The ruling of the Provincial Court of Madrid, to which elDiario.es has had access, explains that the convicted AR had been a bank worker since the late 1970s and at that time acted as an agent for Bankinter, managing one of its branches on Calle de Núñez de Balboa near the Retiro Park. In many cases, he had forged his bond with his victims over the years through “an extensive professional relationship and, at times, personal friendship.”

In all cases, according to the Justice, for years he offered to manage investments for which his clients gave him money and he was paying the corresponding interest to them and to new clients. It was from 2014 when the pyramid structure collapsed: he asked for money to give liquidity to a large investor in the bank, offering in exchange “much higher” interest than any product on the market, as he himself recognized.

The investor did not exist and the victims gave the money, according to Justice, “moved by trust derived from a long personal and professional relationship with him, as well as by the appearance generated by his condition of agent” of the bank. The money did not go to any investment and the clients never recovered those funds. He swindled in total, as it is declared proven in this sentence, more than 5.4 million euros to a total of 14 people.

A deception that has now resulted in a sentence of four and a half years in prison for this former banking agent for a continuing crime of fraud in addition to a fine of 2,700 euros and the obligation to return all the money. The sentence was handed down last summer by the Provincial Court of Madrid and is still subject to appeal before the Superior Court of Justice of the region.

The Madrid Court understands that it was all a hoax. It declares proven that the defendant “obtained funds from the plaintiffs based on a mendacious story, constructed artificially and of pure fantasy, intended for them to either give him more capital or reinvest the already delivered, renewing the operation.” The judges do not dispute that “the defendant effectively satisfied his clients for several years,” but they understand that as of 2014 he began to defraud his clients.

The investors he deceived gave him large amounts of money, some of them almost two million euros, using figures such as simulated loans. “This deception was certainly possible as a consequence of the trust generated by the defendant with his clients due to his relationship with a solvent financial institution, such as Bankinter, SA as well as the long professional and friendly relationship that united them”, says the Hearing of Madrid.

His sentence, if declared final in the future, would not only imply his mandatory entry into prison. It will also prevent you from engaging in any “commercial, banking or financial activity” for the duration of your sentence.

According to various sources consulted by this newspaper, the former bank agent convicted in this case still has pending appointments with the Justice for similar scams from his old branch in Núñez de Balboa. It is something that reflects the judgment of the Provincial Court itself, which in its pages reveals how at first it was going to be tried for more scams investigated by another magistrate but that the case ended up being broken down by several procedures that remained to be practiced. A decision “not very aesthetic”, recognize the judges, but necessary to judge this first part of the case as soon as possible.

The victims of this former banking agent went to court in various batches, some sources estimating that the scam far exceeds the 5.4 million euros that have been declared proven in this first sentence. Another group of complainants is being brought to court by the Espacio Legal office and the lawyer Marcelino Tamargo. In this case, the objective is not only for him to be convicted, but also for Bankinter to be declared financially responsible to ensure that the victims get their money back. At the moment the entity has not been declared responsible in any of these processes and from the bank they remember that the convicted person acted without any type of authorization on his part.