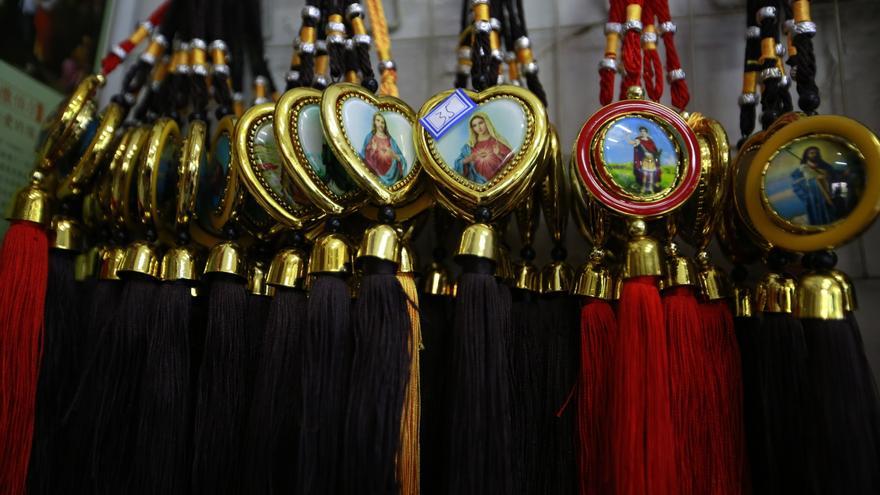 Valdemoro, Jun 6 (EFE) .- The Madrid town of Valdemoro celebrates the 450th anniversary of the birth of Diego de Pantoja, a key Jesuit in the dissemination in the West of the culture of China, a country where he lived a good part of his life, but which it remains unknown to the general public.

“I always say that if Diego de Pantoja, instead of being born in Valdemoro, Spain, had been from another country, especially from these Saxon countries, where these characters are so important, he would have three or four films, but we are Spanish “, laments Lourdes Almendros, director of Historical Heritage at the Valdemoro City Council.

Almendros is the main promoter, together with his colleagues from Heritage and Culture, of the program of activities that the Valdemoro Town Hall has designed to commemorate the 450th anniversary of the birth of Diego de Pantoja, which began last April and will run until April 2022.

“We have evidence of his birth, of his baptism rather – we know that at that time they were baptized as soon as they were born – on April 24, 1571 in the parish church,” says Almendros, who estimates that Diego de Pantoja must have spent his childhood in the then town until he went to Alcalá de Henares at the age of 14 to study.

Pantoja joined the Society of Jesus in 1589, encouraged by the then provincial of the order in Toledo, Luis de Guzmán, for which it is believed that he had an exceptional training at the school of San Juan Bautista, where “he had to be a student very advantageous “to enter the order with only 18 years.

“At that age, he decides nothing more and nothing less than to travel to China. A trip that, at that time, took almost a year, and it was not easy, according to the chronicles, to survive amid shipwrecks, illnesses and other events. The East was then a great unknown to the West “, emphasizes Almendros.

It was after that trip that he met Mateo Ricci, “another of the illustrious Jesuits”, with whom he met in Beijing on January 24, 1601 and with whom he entered the very court of the Wanli Emperor, something very complicated. since the Ming dynasty prohibited the entry of foreigners in the Chinese territory.

“He achieved it thanks to the offerings and gifts that they brought with them. And the emperor was also amazed by the music of his harpsichord”, highlights the director of the Historical Heritage of Valdemoro, who explains that the emperor ordered four eunuchs of the court to learn to play this unknown musical instrument in the East.

During his stay in China, from which he never returned to Spain and where he died in 1618, Pantoja studied the Chinese language and its classical texts and in 1602 wrote a long letter to Luis de Guzmán in which he offered a whole treatise on the geography, history, system of government and culture of that country.

This document became one of the most complete descriptions of China written by a European, although, in Valdemoro there was no evidence of its importance until 1971, when a Chinese delegation came to the city to put up a commemorative plaque with the 400th anniversary of the birth of Diego de Pantoja.

To recover the ground lost all these centuries, Valdemoro has designed a program of activities, which began in April, with the exhibition ‘The world of Diego de Pantoja. 1571-1618 ‘, in the Clock Tower, and which will last until April 2022 with other exhibitions, conferences and theatrical reenactments.

A point of interest dedicated to Diego de Pantoja has also been set up in the Ana María Matute Library, which allows access to his baptism certificate, as well as to various studies at the Pontificia de Comillas or Beijing Foreign Studies universities on this character historical.

“In October we will make an exhibition of how they dressed at the time, also very interesting, due to this social concept that clothing had at the time. We also have guided and dramatized tours, where different characters will take us through these places of Valdemoro “, comments Almendros, who also acts as a tourist guide.

In addition, it advances that, through the Cervantes Institute and the Confucius Institute, a project has been started, with which the Valdemoro City Council is also collaborating, to continue studying Diego de Pantoja and “further rehabilitate his figure”, since there are a large part of his work untranslated from Chinese.

“There are many texts in Chinese, which have not been translated and that perhaps there are more references to Valdemoro there. Much remains to be studied about his work. We still have many surprises to discover,” he predicts. Ruben S. Lesmas