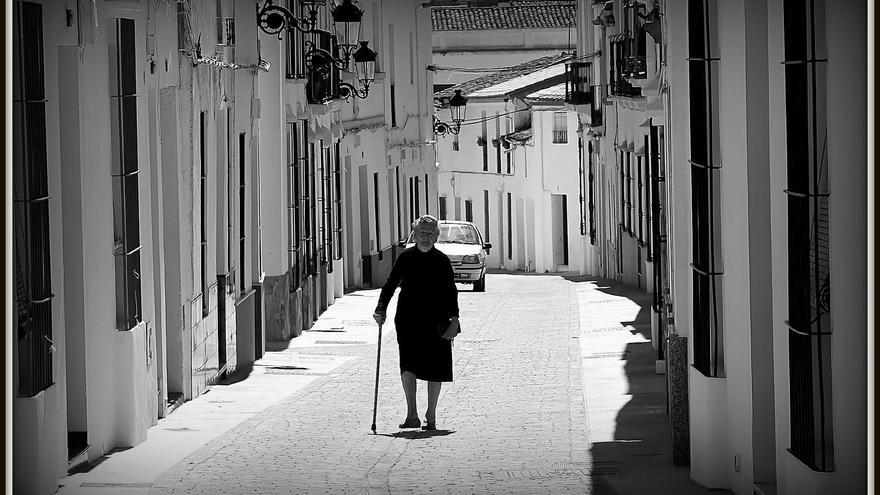 Depopulation has placed 3,403 municipalities in Spain at risk of disappearance. It is the notice made by the Bank of Spain in its study The spatial distribution of the population in Spain and its economic implications, published in the 2020 Annual Report of the regulatory body. It is the first time that the monetary authority addresses the problem of emptied Spain with such depth in one of its publications. The Bank of Spain assures that “the incidence of municipalities at risk of depopulation in Spain is well above that of the euro area as a whole”, since 42% of the municipalities based on the criteria of population loss and reduced density of Spain could disappear. We are talking about 2.3% of the population, approximately one million inhabitants. The monetary institution influences that this problem accentuates the strong inequality that our country already suffers.

Spain far exceeds the eurozone in the percentage of municipalities at risk, since they are only 10% at risk of depopulation in the eurozone. Thus, while in Spain 42% of the towns are affected by depopulation, in Germany, France and Italy the municipalities that may disappear represent only 1%, 7% and 4%, respectively.

The monetary body points out that the long-term survival of this set of rural municipalities “could be threatened if their recent population dynamics are not reversed.” Among other things, because it is observed the existence of a high number of rural municipalities that not only show negative vegetative growth year after year, but have also been losing population continuously over the last two decades. Depopulation is not only a problem due to the inequality it generates, “the disappearance of these municipalities could also represent a threat to the environment, in terms, for example, of an increase in the incidence of fires and a decrease in biodiversity, if mitigating measures were not articulated “.

The uninhabited territory plays a determining role. Spain is online in municipalities at risk of depopulation with countries such as Estonia, Finland and Latvia, with percentages around 50%. These countries coincide with Spain in that they have a high percentage of uninhabited territory. This explains the difficulties “to attract and retain population in the smallest rural municipalities, as they are surrounded by large extensions of empty territory that result in greater isolation.”

How have you got here?

In addition to a high concentration of the population in the inhabited area, a large portion of the Spanish territory is uninhabited, so that only 12.7% of its area is populated, compared to 67.8%, 59.9% and 57.2% from countries such as France, Germany and Italy, respectively.

The percentage of the population residing in urban areas has increased significantly in Spain since 1950, although two well-differentiated stages can be distinguished. In the first period there would be the rural exodus, between 1950 and 1991, where the urbanization rate increased from 59.6% to 79.6%. There was a rural-urban migration process that resulted in a change with the loss of economic weight of the agricultural sector in favor of industry and services. In a second stage, which began in the 1990s, the urbanization rate continued to grow but at a slower rate. The urbanization rate advanced almost 2 percentage points. But the main characteristic of this period is the growth of the population in urban areas compared to the loss of population in rural areas due to the aging of the population.

When analyzing how large cities have a driving effect that accentuates the depopulation of certain areas, the Bank of Spain has concluded that the provinces with the highest incidence of municipalities at risk of depopulation are those in which the provincial capital is smaller. The loss of dynamism of some medium-sized Spanish cities over recent years has accentuated the process of rural depopulation in some provinces.

The driving effect of urban areas on rural municipalities has been particularly strong in recent decades, as travel costs between rural and urban areas have been reduced. Over the last decades, internal migration from the smallest cities to the large cities has contributed to the lower dynamism of the rural municipalities around the smaller cities.

All Spanish cities increased their population during the first decade of the 21st century, mainly due to the positive balance of international migratory flows. However, as of 2011, smaller cities lost population. There is a persistence in the pattern of population loss in the smaller cities, due to internal migrations to the larger cities. The differential fact that emerges with respect to the first decade of the 21st century is that the net balance of international migrations fell drastically after the financial crisis that began in 2008. In this way, these migrations stopped compensating for the loss of population in the small cities, as a result of emigration to larger cities, which results in a population loss in practically half of Spanish urban areas between 2011 and 2018, according to the Bank of Spain researchers.

The body headed by Pablo Hernández de Cos addresses the problem of depopulation as one more element that drives inequality. In this sense, the governor of the Bank of Spain has pointed out that “it is important to consider both policies to mitigate depopulation – which seek to halt demographic decline and promote medium-term development of rural areas – and policies to adapt to depopulation —Whose objective is the maintenance of a minimum level of services that guarantees the well-being of the inhabitants of the rural world— “.

The Bank of Spain recalls that public policies based on geographic location criteria already represent a significant part of public budgets – 33% of the EU budget is allocated to economic, social and territorial cohesion – but makes a series of fairly general proposals , both in public policies for adaptation to depopulation and policies to mitigate depopulation. Regarding adaptation policies, it is proposed to improve the delimitation of competences between the different levels of the Administration, as well as a higher level of collaboration between municipalities to exploit economies of scale: the associations can play a prominent role in alleviating the difficulties faced by rural municipalities in the provision of services; in addition to both digital and financial services and training programs in financial and digital skills.

Regarding mitigation policies, they are the adaptation of the educational offer to the needs of the business fabric, the coordination of training actions with other policies to promote entrepreneurship at the local level, the grouping and reduction of the number of municipalities, the design and coordination of different projects financed with European structural and investment funds to undertake local development policies and innovation in the provision of services in rural areas.

We are at a time when the outbreak of the pandemic has accelerated the process of structural change in two areas linked to decisions about the geographic location of the population: digitization and teleworking. With the arrival of European funds to fight the impact of COVID, the Bank of Spain identifies three lines of work in public policies to stop the depopulation process, which are: Digitization, population aging and the energy transition pose new challenges, but also opportunities for the development of the rural world.

On the one hand, the digital divide between rural and urban areas could justify an investment effort in broadband networks, to facilitate access to digital services and teleworking, and the online sales channels of companies in the rural world. The rural environment may have advantages in the provision of some services (residential, leisure, …) demanded by the “silver economy”, that is, to meet the needs of an increasingly aging population. Finally, projects related to the development of alternative energy sources with a high innovative content represent an opportunity for the rural world and smaller cities.