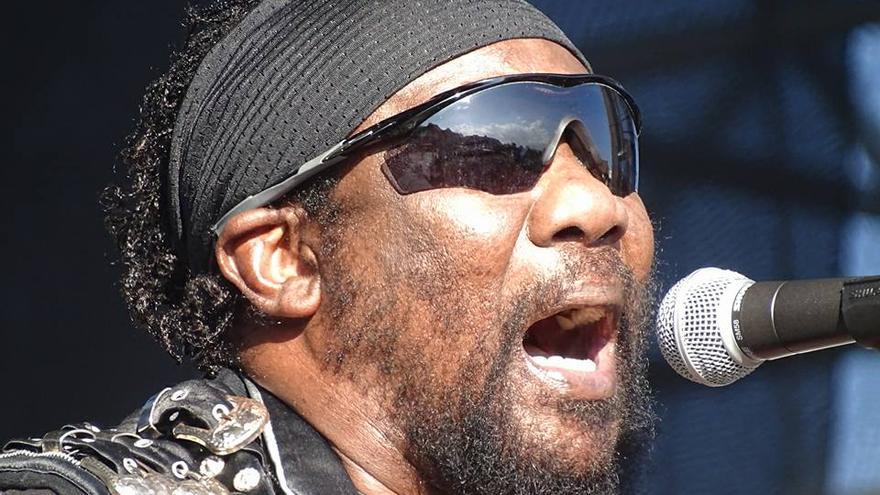 COVID-19 has swept away Toots Hibbert at age 73, in his native Jamaica. In many obituaries you can read his gripping biography as a local genre star and leader of the legendary Maytals, with great impact in the UK and cult star status in the rest of the world. Toots was certainly less known than he deserved.

His rhythmic music, sweaty, attached to the soul of vocalists such as Bobby Womak, but also Sam Cook or Otis Reading, penetrated strongly among the punk and new wave of the late seventies, but it kept him away from the great commercial public. However, his themes were always vindictive: racism (Monkey Man), the brutality of prison (54-46 / That’s my number), the suffering of misery (Pressure Drop), fringe life in Kingston (Sweet and dandy) or the rhythm of the streets of the Jamaican capital (Funky kingston).

The great producer ‘Scratch’ Lee Perry, in charge of launching the majority of reggae stars of the 60s and 70s to fame, said that if instead of Bob Marley & the Wailers the global stars had been Toots & The Maytals, this musical genre would have gone much further. The leader of groups like The Upsetters was not referring to the quality of the music, but to the convergence of Toots Hibbert’s style with pop, punk and soul, compared to a more introspective Marley – read stoner – and who developed a reggae attached to the root.

Be that as it may, the great global star who unveiled the new Jamaican music in the early 1970s were the Wailers, while Toots Hibbert and his Maytals reserved a sort of Guinness book of milestones for the history of the genre. Next we are going to tell you about when, by which we believe it is worth it to be rightly remembered as one of the greatest reggae in history.

1.Has one of the most covered songs of the genre

Yes i mean That’s my number, an autobiographical song in which he narrates his time in prison as a young man. Like many other young people in the 1960s, Toots had only two outings on the streets of Kigston: music or crime. He tempted the second while he was training in the first, and they caught him with trickery marijuana.

Wrote 54-46 / That’s my number narrating a terrible and alienating life, and achieved a universal theme that has been covered by practically all reggae and ska groups in the world. As a curiosity we leave you here the version in Euskera that Fermín Muguruza made with his Sound System.

If the big numbers are for Bob Marley & The Wailers, the small victories can be scored by the Maytals of Toots Hibbert. In 1976 the Jamaican label Island Records prepared a compilation for the great world – that is to say beyond Kingston – of the best songs of the group to date.

The album was called Reggae got soul and bustling Great Britain where the music of the eighties was cooking: punk, power pop, synthesizers and a lot of black music for especially the soup. In a single day, it sold a million copies and continued like this in later days until reaching number one in sales in just a week, where it remained for quite a long time. Today these numbers may seem ridiculous but in 1976 it was quite a feat.

3. He knew how to evolve reggae beyond its origins

Like flamenco, Jamaican music has always had the great challenge of opening up to merge with the present without falling into the commercial insubstantiality of cheesy and macho ballads. Few artists have succeeded in this genre; Max Romero tried it with semi-pornographic themes -now they would seem laughable next to the lyrics of trap and reggeton-, but he ended up returning to vindictive and canonical reggae.

On the other hand, Toots and his Maytals did manage to open doors to other genres, especially soul and pop, but also funk and dance music. Perhaps that is why many of his songs appear in individual compilations of acid jazz and dance music from the 90s as great influences. By sample this button: the electric, revitalizing and mineralizing Funky kingston live.

4. He loved the show as himself

I don’t know if Toots Hibbert died with his boots on, but I’d bet he did. The day in July 1998 when I attended a ska music festival in Finsbury Park, London, where Madness was the headliner and curiosity was in seeing for the first time Finley Quaye live presenting his Maverik to strike.

Supporting both artists were the Maytals with Toots at the helm giving it their all at the time of 53 years, with a large feather hat of the Indian chief on his head, in the style of the one Jamiroquai used to wear. Although it was relatively early, the main stage was already filled with skinheads in their fifties and sixties, tattooed with the York rose and the imperial lion, dancing frantically before what they considered one of their idols, a godfather of ska.

At the end of the Madness performance, Toots came out on stage to accompany them and returned to breakfast for his followers with his power, strength and vocal and gestural delivery. And this is how I think we should remember this reggae myth: music, body and soul. I leave you a video of a 2017 performance in which although he no longer moves as before, he still kept his powerful voice, the roar of the reggae lion, at the time in his 70s.

Tags: 4, big, hibbert, it will be, milestones, reggae, remembered, toots