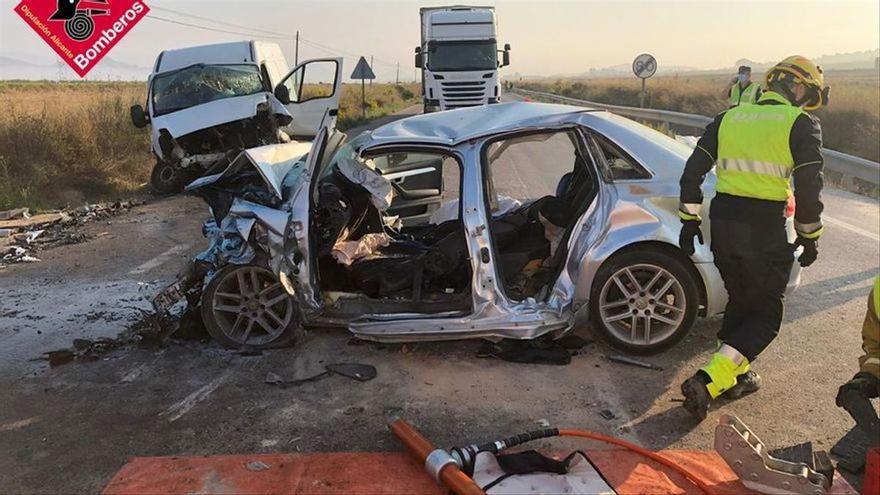 The author of homicides reckless on the road responds to a very majority profile of men with an average age of 35.3 years and little training to drive at the time of the incident. In almost 65% of the cases it was under the influence of alcohol, the poison that appears in the majority in this type of case.

They are the results of a study carried out by the General Secretariat of Penitentiary Institutions about the part of the population that is behind bars for having killed with irresponsible behavior in traffic.

In the prison system under the command of the Ministry of Interior there is currently serving time 53 people for the crime of reckless homicide with motor vehicles. Seven of them are on probation. Of the total, 49 are men, 92.5 of the total, and 88.7% are Spanish.

Their age at the time of the events is an average of 35.3 years – with a wide range (24%) of perpetrators between 26 and 30 years old – and the most frequent time of the commission of the crime is at night. Their fatal accidents took place in the majority between 9 p.m. and 8 a.m. on a weekend day. It is the most lethal strip on the road … and also on the street, since in 88.7% of the cases the setting was a two-way road or an urban area.

This type of homicide leaves a great trail of pain. According to the conclusions of the Penitentiary Institutions study, the 53 convicts caused 61 deaths and 293 wounded of diverse consideration. They are between five and six victims for each one of the reckless drivers who enters prison.

One in three deaths was a pedestrian. Speeding, invasion of the opposite lane and pedestrian zones are the majority events in which he was killed.

“For us it is very important to help in the work of social awareness: the binomial alcohol and motor vehicle must be incompatible”, says the general director of Reintegration and Criminal Enforcement, Michelangelo Vicente, in a note made public by Penitentiary Institutions.

The Congress of Deputies concludes this Thursday the processing of the modification of the consolidated text of the Traffic Law, in what refers to the points driving license, with the debate of the amendments introduced by the Senate in that bill.

The crime of reckless homicide at the wheel does not have many convictions, but it does have a specific weight in the country’s criminal picture: it represents one out of every five homicides that are committed in Spain. The average sentence for reckless homicide in Spain of 1,438 days in men, and 1,140 in women. The recidivism in criminal behavior and driving stolen vehicles are behaviors closely connected to the phenomenon.

According to the conclusions of the prison study, the most prominent and repeated features of those convicted of crimes against road safety (with or without the result of personal injury to third parties) there are three: the first, the abusive consumption of alcohol, cannabis and cocaine, one accused difficulty managing your emotionseither anger, anxiety or sadness, and a “tendency to impulsivity and antisocial personality traits.”

The study delves into the background of those convicted of reckless homicide, and detects two halves in the study group: there are those who have “little or no criminal career”, but also one half of the perpetrators of these deaths who repeat in prison. 61% had been behind bars one or more times between 1998 and 2015.