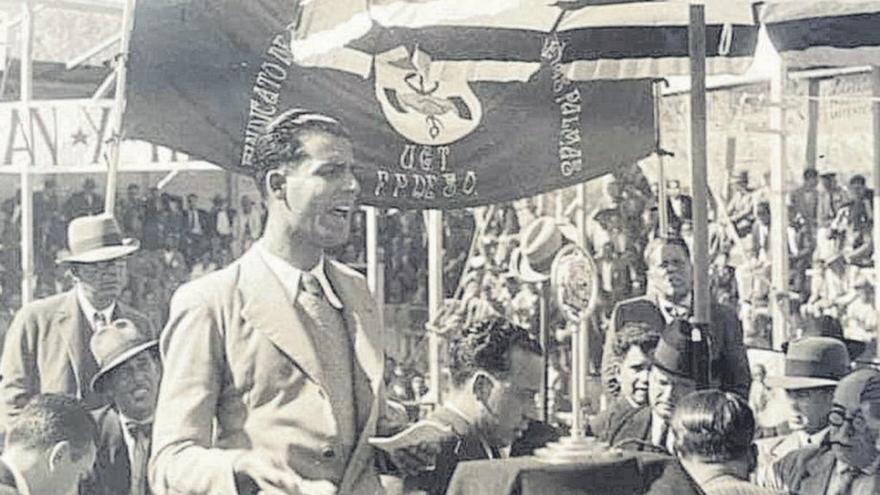 Felo Monzón is still very present. Yesterday, Thursday, February 10, 33 years have passed since the date of his death in 1989. Coinciding with this anniversary, the Cabildo de Gran Canaria has begun to work on a series of initiatives to put the artist back in the place he he deserves on the island where he has left a deep and immortal artistic mark.

The Cabildo of Gran Canaria will count on the April tribute to Felo Monzón with the Lujan Perez School, the cornerstone of the artist's career, "because we couldn't be on the sidelines," says Orlando Hernández. At this time, after the 33rd anniversary of his death, Orlando Hernández considers that "not only the purely artist facet should be taken into account, but also his political and social commitment to the most disadvantaged."

Although the details of the tribute are not yet known, the Ministry of Culture of the Cabildo de Gran Canaria has already begun planning events for next April 4, the date of Monzón's birth, which will include the Luján Pérez School and the Atlantic Center of Modern Art.

Orlando Hernández recalled the difficult years in which Felo Monzón's life unfolded and how his time in Franco's prisons influenced him personally and artistically "in such a way that he maintained his political commitment to the socialists and to all those initiatives that supported general well-being of his fellow citizens," explains Hernández. If you remember his trajectory and that of the Luján Pérez School, they also radiated politics. He was a reference point for progressive, republican-federal, socialist, anarcho-syndicalist ideas, says Hernández.

Those were the times of the dictatorship of Primo de Rivera, but the PSOE and the UGT were already very strong, even a step away from becoming, the first, a mass party. In these historical references of the time, it is said that Felo Monzón discovered himself in his city as a political animal and the prospect of an egalitarian city seduced him, according to his admirers today.

The avant-garde artist and the militant convinced of social emancipation coincided in the common ideal of a new man. And four years after beginning to train as an artist, in 1929, he joined the Socialist Youth, of which he soon became provincial general secretary. Today fellow socialists continue in the fight to claim his memory. This is how they try to change the name of the avenue that today bears the name of King Emeritus Juan Carlos I in Siete Palmas to be called the immortal indigenista.

Felo Monzón, resuming his history, went on to direct the Luján Pérez School in 1957 for a long period. He was very marked by the repression of the Franco regime, going through gray decades.

His time in the La Isleta concentration camp and his subsequent transfer to Tenerife, where he worked at the Los Rodeos Airport, left a mark that was difficult to overcome as a political prisoner.

Yesterday, Thursday, his friends, students and family once again kept him in mind. "He was a truly extraordinary man," says his friend Orlando Hernández, current director of the Luján Pérez School. It also seems the right time to remember that in 1984 he was awarded the Canary Islands Prize and that these recognitions do not seem to end, "because he deserves to be kept in mind permanently for his honest, coherent work," says Hernández.

“My grandfather was a good-natured man”

Marta Monzón, the artist's granddaughter, speaks of humility and coherence when referring to the two main characteristics of her grandfather. «These pillars were always present in all his acts, the public ones, the family ones, those related to politics, in his role as a teacher and in the artistic plane. His concern for knowledge”, continues Marta, “made him a self-taught artist and due to his good-natured character, he did not hesitate to offer everything he learned during his career to his students at the Luján Pérez School in the last stage of his life”. «The women and men who appear in works as representative as 'El Platanal' or 'El Risco' look at the viewer with the force of humility and pride in their work. and it is that my grandfather Felo was also like that». The granddaughter recalls that "his modesty revealed the true greatness that he also managed to convey to his paintings, his work and personality are inseparable elements." | PB