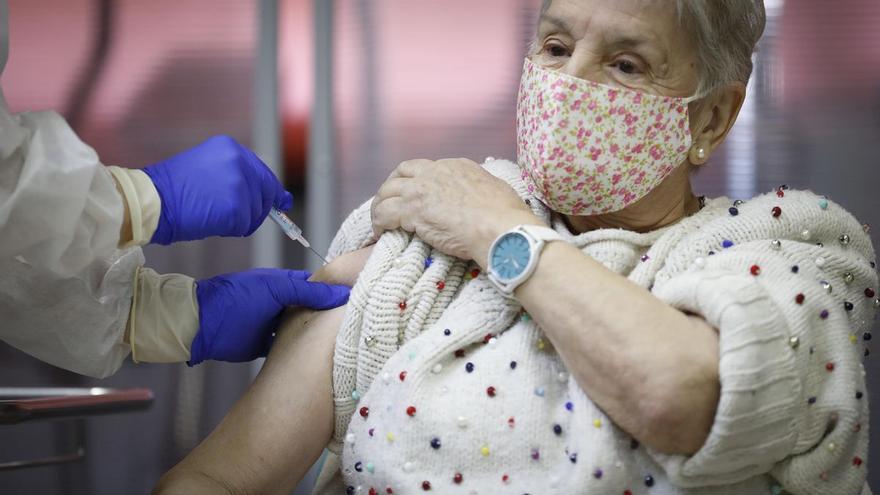 Some 32,000 people in Spain who are large dependents and are not institutionalized will not receive the vaccine against COVID-19 in this first phase because they are on the waiting list to be evaluated. It is an estimate made by the Association of Directors and Managers of Social Services, extracting the proportions of the waiting lists and how then grades I, II and III are awarded (from least to mildest).

If those already recognized with grade III are added, there are a total of 313,000 large non-institutionalized dependents, all of them should enter group 4 of the Ministry of Health. In total, there are 376,559 large dependents in Spain recognized, with data from the Ministry of Social Rights, but the difference is due to the fact that a part of them are already in residences and therefore have already been vaccinated as users of residences. The vast majority of those not valued are at home and not in nursing homes, difficult to pay without benefits, clarify from the Association; “not located” for the administration without the entire bureaucratic process completed. Recognition of the degree is accompanied by an economic benefit, although to receive it there is also a waiting list.

The first part of the vaccination, in progress since the end of December and which is expected to end in early March, includes health and social care, users of residences and large dependents. The operation with the latter begins now, after ending in nursing homes, in almost all communities. The Association of Directors and Managers of Social Services, which is a benchmark in the sector, makes a second complaint: in Spain there are 134,000 caregivers -they are mostly women- of large dependents who are not professionals and for that reason are left out of these priority groups. The plan of the Ministry of Health, drawn up with community technicians and external experts, specifies that during this period the social health personnel of residences and those who “carry out work providing close care to people from risk populations in their homes” will be vaccinated, such as part of group 3 –the great dependents are group 4–. “This group does not include non-professional caregivers (family members, partners …)”, specifies the text. This despite the fact that the plan details that professional caregivers can be vaccinated at the same time as the people they care for, although it is not exactly their turn at that time, for logistical reasons.

In addition, grade II ‘severe’ dependents have not been included in this part from January to March. There are half a million in Spain and “their vulnerability is manifest.” Regarding people on the waiting list for assessment, “they are left to chance for a doctor to prove illnesses that require support for daily life, as if the medical staff were specialized in the assessment of dependency, in addition to give them a new activity that further overloads their work and saturates, even more if possible, the health services in the midst of a pandemic, “they criticize in the Association.

The community with the worst proportion is the Canary Islands: 4,818 people wait and only 11,597 are valued (institutionalized or not). They are followed by the Valencian Community and Murcia. In Spain there are currently 1,356,473 people with a dependency resolution, and some 145,000 awaiting assessment – of which 32,000 will predictably correspond to grade III, although the process usually takes months and many die before obtaining it-.

Regarding non-professional caregivers, José Manuel Ramírez, president of the Association, regrets how “first they were excluded from Social Security, now from vaccination. They are the ones who have been there all the time, they had no other choice and they confined themselves with the people they care for. “In addition, that also endangers the people who continue to care, remember, in case the injection was not effective – no It is so in 5% of cases, with Pfizer, the most used now in Spain. In his opinion also, “we have a serious problem in that Health is going at such a pace and is so stressed that it does not listen to specialists. in dependency or social services. The meetings are with health workers and vaccination experts, but not with experts in social rights, not even with the Ministry of Social Rights. “In the group of experts that drew up the vaccination plan, in constant review, they participate, in addition to technicians from Health and communities, experts in vaccinology, nursing, occupational health, bioethics and public opinion, but not dependent.