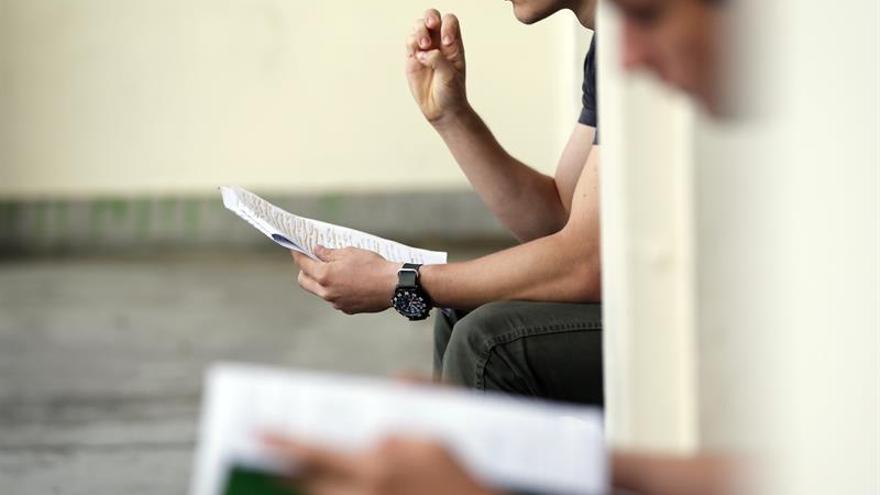 Precariousness in Spanish universities. The crisis that started in 2008 – or more specifically the political decisions that were made – reduced the number of university teaching staff until they were directly made illegal. The study Associate teaching staff: professional experience or precariousness?, from the Catalan University System Observatory (OSU), calculates that in all the campuses there are 47% of teachers with a temporary contract, when the LOMLOU established in 2015 that teaching and research staff (PDI) with a non-permanent relationship it cannot exceed 40%.

Specifically, 32 of the 48 Spanish public universities (66%) exceeded this legal limit in the 2018-2019 academic year. From the OSU they explain that in order to reach this situation, it has been greatly influenced, among other reasons, “by the high number of associate teaching staff and their recent growth.” The figure of associate professor was included in the law thinking of an expert in a specific subject who, on a timely basis, offered his knowledge at the university. That is why it contemplates few hours of teaching (three of class plus three of weekly tutorials or six and six) and little salary (300 or 600 euros per month, respectively): it was not designed to be anyone’s way of subsistence.

However, with the recession, the Government of José Luis Rodríguez Zapatero de facto prohibited universities from conducting competitions to hire tenured professors. Mariano Rajoy completed the maneuver by cutting funding for the campus by up to 20%. But the universities had to continue teaching, they needed to make up their losses and cover needs. And they found in this figure, that of the associate, the exhaust valve (some with more enthusiasm than others). In this way, a whole body of precarious professionals was created, teaching five euros an hour as the only support. Today there are 25,081 associate professors (not all of them are false associates, as these teachers are known).

The current Minister of Universities, Manuel Castells, is aware of the problem. The first day he appeared in Congress He stated that “the precariousness in the Spanish university is a scandal” and promised to eliminate the figure of the associate. For this, it intends to carry out a statute of the PDI, a text that is in its incipient phase and will be presented in September.

Differences between regions and universities

The situation has not always been like this, they explain from the OSU. In fact, in the 2009-2010 academic year, the start date of the study, the percentage was slightly lower than the current one. There were then just over 23% of associates. But when the crisis came, as good precarious they were the first to fall. “The effects of the crisis were felt much more harshly on this group, due to the greater ease of terminating their contracts,” reads the report. They fell to 20.9% in the 2012-13 academic year.

And with them they returned. As of that year, their number began to rise steadily, reaching the current 25.2% of the workforce. “The recovery in the hiring of teaching staff in Spanish public universities between 2014-15 and 2018-19 has taken place, to a large extent, through the hiring of associate teaching staff, while the rest of the teaching staff remained practically stagnant,” they affirm. the authors of the study. In other words: the process “would be indicative of a gradual process of replacing permanent full-time teachers with associate teachers, with a temporary part-time contract.”

The OSU specifies that the situation differs greatly between communities, between campuses, and even between areas of knowledge. In general, although there are exceptions, the autonomies that have more time and therefore more associates contract are the richest. Thus, Catalonia (with 44.2% of associates in its staff), Navarra (41.4%) and Illes Baleares (35.6%) lead the classification of communities with the most teachers of this type hired. They are not alone, nine other communities (Aragon, Cantabria, the two Castillas, the Valencian Community, La Rioja, Murcia and the Basque Country) also breached the limit of temporary teachers.

At the other extreme, Extremadura, Andalusia and Galicia stand out for the low cost of this figure. Only these three, together with the Canary Islands and Asturias, meet and have less than four temporary employees for every ten teaching employees. The Basque Country deserves special mention, which despite not complying with the regulations regarding storms, does not do so because it has hired many associates: it barely has 8.5% of them.

By centers, the behavior has been quite uneven. While some universities have significantly increased their associates, others have also decreased them to a great extent. Thus, in the 2018-2019 academic year, the ones that had the most associates were the Rovira i Virgili (58.7% of associates, almost six out of ten), the Pompeu Fabra (49.5%), the Jaume I of Castellón (47 , 5%), that of Lleida (43.9%) and the University of Barcelona (43.9%).

Opposite, the University of Jaén (5.5%), the UNED (8.4%), the University of the Basque Country / EHU (7.3%), that of Cádiz (8.8%) and that of Almería ( 9.3%) are those with the fewest associates, and in addition four of them, except for the Basque Country, reduced their number during the almost decade of the crisis. Among the five most associated in their staff, only Pompeu followed this same path: the rest increased their storms by double-digit percentages.

From the OSU they also explain that the situation has derived to such an extent that currently the figure of the associate has become a gateway to the University, completely distorting his spirit. “The age structure of associate teaching staff, much younger than that of the rest, would indicate that this figure is not being used to hire specialists of recognized competence to contribute their professional knowledge and experiences, but has in many cases become a early and precarious stage of the ordinary academic career “.

In addition, resorting to these professors has also had consequences for the University, not only for them individually. Associates do not investigate, recalls the Observatory, so that “the research capacity of universities is reduced and, with it, their ability to transfer knowledge to society as a whole.” It also “weakens the link between the PID and the institution, which can worsen university governance” and “endangers the academic freedom of teachers by increasing their job vulnerability” and “worsens student learning”.