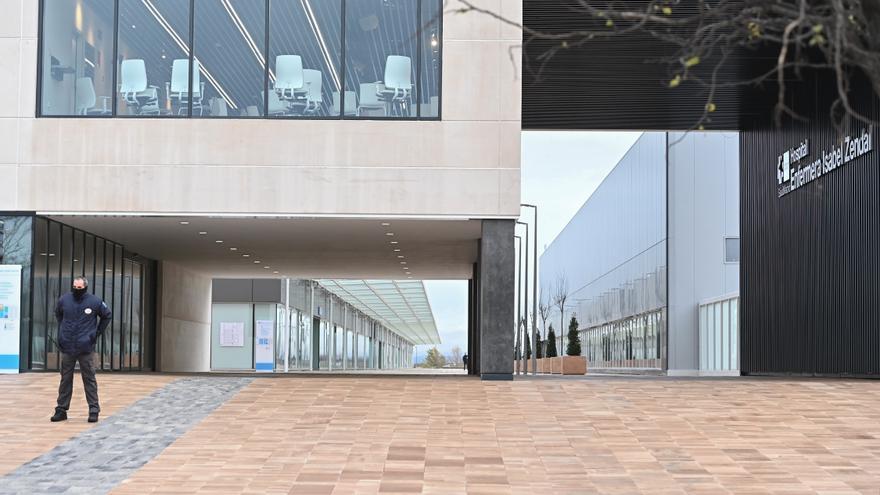 Around 300 researchers and health workers, mostly health economists but also clinicians, epidemiologists, hospital managers and nurses, have requested in a document released this Monday the creation of an Independent Authority for the Evaluation of Health Practices and Policies that will economically value public health projects and measures. The mechanism model that they advocate for its development is that of the Independent Authority for Fiscal Responsibility (AiREF), and the benchmark, the National Institute of Health and Clinical Excellence (NICE) of the United Kingdom. In fact, for the latter, the project is known in the sector as Hispanice. It would be an advisory body, it would not be binding, “but an accredited body is required to assess measures and then put them to the test of society,” the promoters of the document explain to this newspaper.

The current example clearer than They put for its application would be to have examined the construction as the Hospital Isabel Zendal, in Madrid, inaugurated by Isabel Díaz Ayuso and specialized in pandemics. “Such a body would have served very well to measure the Zendal, if it is a constructive policy. What resources do we have, whether or not to invest in personnel and how much …”, the signatories continue in conversation with elDiario.es. Among them are Beatriz González López-Valcárcel, Ildefonso Hernández, Salvador Peiró, Rafael Bengoa and Guillem López-Casasnovas. In addition to sending the letter, they will request a meeting with state authorities.

It is about testing each measure that affects the National Health System, knowing “how much it costs for each year of life gained” so as not to waste financial resources. A plan like the one for the COVID-19 vaccination would also go through this analysis; “It would be looked at if there is a waste of money, although it is not the clearest example because something like this there is no doubt that it is needed. But for example, if in the future another vaccine appears against another disease that reduces mortality very little, a person for every million, the Hispanice he will be able to see if it should be a priority for the System or if it is necessary to put forces in other measures with less cost “.

The moment is now due to the deficiencies that the COVID-19 pandemic has shown and because “the financing of the Next Generation EU program [los fondos de recuperación de la Unión Europea por la crisis de la COVID-19] it represents an unrepeatable opportunity for its creation. “In addition,” we ask it now because it fits with the lines proposed by Europe that investments serve to improve the sustainability and economic efficiency of public actions and the National Health System in the long term “, the drivers clear.

The project Hispanice is compatible with the State Center for Public Health that the Minister of Health, Salvador Illa, wants to leave as a legacy of this pandemic, and for which they have already reached an agreement with the opposition and 5 million euros have been reserved in the General State Budgets. In fact it is “complementary”, they abound: “The profile of the State Center for Public Health will analyze the scientific evidence on whether something works. Hispanice, the cost-effectiveness of the measures. It is more of an agency that measures costs and results. But to know if you have to put money into something, you first have to know if it works. So both organisms can coexist. ” goes apart from the independent assessment of the pandemic that several scientists have requested, and to which the minister has committed himself, although the initial plan that agreed to start with the communities is a month late. But yes, an institution like Hispanice could “systematize, with standardized measures” the performance of this type of consultancy in the future.

The project is not new, it has been “incubating” for many years, but “it has not been heeded.” In the year 2017 the Spanish Society of Public Health and Health Administration (SESPAS) brought a report on the subject to the Health Commission of the Congress of Deputies, and in 2014 was also requested by the Spanish Society of Health Directors (SEDISA). “The Independent Authority would allow networking by connecting existing centers of expert knowledge at the central and regional levels, the SNS healthcare centers, the academy and the health industry,” concludes a statement sent by the signatories.