Ryanair is considering reopening this year the bases it had in the Canary Islands and which it closed in 2020 in order to increase its traffic. / C7

strike at the gates of summer

It is expected that domestic flights, to national destinations, have a minimum service of 100% and do not notice unemployment. The workers: "They don't even give us the water, we have to bring it from home"

The Ryanair airline will operate some 300 international flights (there are 150 round trip) in the Canary Islands in the six days of strike called by the cabin crew in full operation out of the summer,
for the weekend of June 24, 25 and 26 and June 30, July 1 and 2.

According to the estimates made, around 50,000 passengers will move on these flights, and they could suffer delays and cancellations.

The workers and the airline are still awaiting a meeting to see if there is a last-minute agreement to avoid the strike. However, for now, the positions of the parties are so far apart that everything indicates that the strike will be inevitable.

KEYS TO THE CONFLICT

The strike will affect international flights and
the impact will be greater or less depending on the minimum services to be established.

In the last strike, in September 2019, the Ministry of Transport established such high minimum services that the strike was hardly felt. Subsequently, and after an appeal from the workers, the National High Court annulled the minimum services order two years later, but by then it was too late.

With respect to
domestic flights, which connect with the peninsulait is expected that the strike will have no effect, since, as happened in the 2019 strike, it is estimated that the minimum services will be 100%.

Cabin crew, between 1,200 and 1,400 in Spain, wear
negotiating the collective agreement for five years and the agreement are still as difficult to reach today as at the beginning of the process, given the company's refusal "to respect the rights of the workforce", as indicated by the
General Secretary of USO-Ryanair, Lidia Arasanz.

If Ryanair returns to the negotiating table, the strike would be suspended

As indicated, Arasanz "the only option for there to be no strike is for Ryanair to sit down at the negotiating table again." As he explains, the airline was lifted in May unilaterally and due to the refusal to accept the proposed salary tables.

Instead
signed an agreement with the Workers Commission (CC OO), which, according to Arasanz, "has no representation." “We held binding assemblies and the workers appointed USO and Sitcpla as negotiators at this table.

However, they (for Ryanair) chose this union (for CC OO) to negotiate, something that is very serious, they got up from the table and that is why the strike has been called, "he explains.

Ryanair's opinion in this regard is different. The airline "is pleased" to have closed an agreement with CC OO, which it describes as the "largest and most representative union in Spain" and which, in its words, "provides improvements for cabin crew."

“The announcements by the USO and Sitcpla unions, smaller unions, are a distraction from their own failures to reach agreements after three years of negotiations and we believe that any strike they call will not be supported by our Spanish crews”, assures the airline, which trusts in a reduced impact of the strike.

Ryanair is undoubtedly the first airline in the Canary Islands. In 2019, it transported 3.4 million passengers, which represents 17% of the total number of passengers to the islands.

Throughout this year 2021 it is expected to reach 4 million seats. Its occupation is one of the highest in the market after the pandemic, with 90%.

The airline is considering reopening the bases on the islands and that it closed in January 2020, although it has not yet paid the dismissed workers what it owes them.

“They don't even give us water on the flight. You have to take it from home« 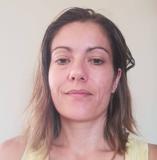 The general secretary of USO-Ryanair, Lidia Arasanz, criticizes Ryanair's non-compliance with European and Spanish labor legislation, with hiring modalities "that are prohibited in Spain".

He assures that Ryanair "has not complied" with everything for years and that, although it has been the target of sanctions by the European and Spanish Justice, the airline "continues to do what it wants" while "everyone gets profiled".

As an example of the situation that workers are going through, Arasanz assures that the airline does not even provide them with water on flights, which is their job. «We have to bring water from home or go to refill the bottles we have at the Ryanair offices, which can be a 15-minute walk from the plane. If you don't have to buy a bottle of water on the plane at the price of three euros », he points out.

Regarding salaries, he indicates that, as an example, a 'low' cabin crew who starts working at the airline has a base salary of 750 euros. Flight hours are added to this salary. At this point, it stands out that many of the crew members have 'zero hour' contracts, which is illegal in Spain.

As he explains, this type of indefinite contract means that if a person works hours, he gets paid and if not, he does not receive anything. “These people, in the pandemic, when there was still no activity in their workplace, they have been charging between 0 and 300 euros. Without any rights. This is the seriousness and with this, we have numerous complaints filed by workers who do not reach the Interprofessional Minimum Wage (SMI) », he indicates.

Arasanz points out that the labor reform implemented a few months ago "does not apply" at Ryanair.