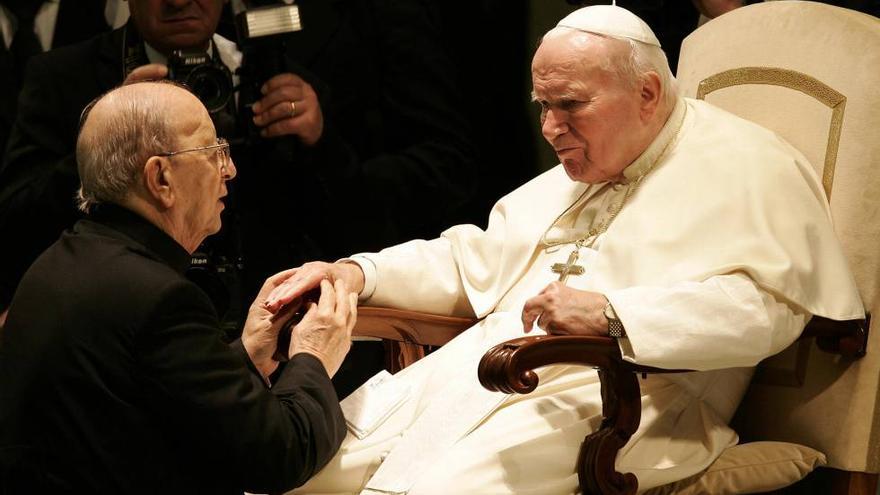 Marcial Maciel was not only one of the greatest predators of minors in the history of the Catholic Church. Also, one of the great protagonists of the ‘Pandora Papers’. Thus, as the congregation itself has admitted, its founder created an ‘offshore’ structure with $ 295 million in assets (4.3 of them to venture capital entities in which Spanish unicorn companies such as Glovo, Cabify or Wallbox are located) , while the Vatican investigated the opacity of its accounts.

The research to which the International Consortium for Investigative Journalism (ICIJ, for its acronym in English) reflect how the Legion of Christ deployed, between 2010 and 2011, an opaque network of trusts and subsidiary companies that operated from tax havens, with investments in real estate, technology or oil sectors. The Legion admits such practices, which already made them appear in the Panama Papers, although its then spokesman, Aaron Smith, declared that “today the Legion of Christ has no companies offshore nor does it have resources in companies offshore“. Said investments” were created when Father Marcial Maciel was general administrator, and then they were closed. “The explanation forgets a small detail: that Marcial Maciel, the pedophile Marcial Maciel, died … in 2008.

In fact, according to the investigation carried out by the consortium, it was in 2010, days before the Vatican appointed Cardinal Velasio de Paolis as Comptroller of the Legion, when the congregation began to build its offshore structure around two ‘trusts’ : Salus and AlfaOmega. The data indicates that the money was going from New Zealand to the United Kingdom. Once in the British country, it was divided into various investments, among which are the main venture capital funds in Spain, which promote some of the most leading emerging companies in the country, such as Glovo, Cabify or Wallbox, all considered ‘ unicorns’ because they are not listed but their valuation has exceeded $ 1 billion.

In the ‘Pandora Papers’ it is shown how, during six years, Alpha Omega and Salus accumulated assets worth almost 300 million dollars. What’s more, these two trusts are just one end of a ball that leads us to a complex web of companies that operate on four continents. For example, in the United States they invested in apartments whose tenants were evicted during the moratorium established by the pandemic, and in Mexico they contributed at least 16 million euros to businesses ranging from artificial intelligence to nutritional supplements.

A spokesperson for these two trusts has assured The country that these trusts were established in New Zealand for “the right reasons.” According to the documents accessed by the ICIJ, both trusts were created in 2011 by the priest Luis Garza Medina, during Maciel’s ‘number two’ years and who was sanctioned by the Holy See after admitting that he knew some of the abuses of the Mexican pedophile. .

Garza is considered the ‘architect’ of the Legionnaires’ finances, although the congregation maintains that the resources of the two trusts come from a priest’s family inheritance. However, both societies share a beneficiary: a third trust called The Retirement and Medical Charitable Trust (RMCT), which this time was opened by the Legionaries in 2010. In fact, in its own founding act it is said that the trust is designed to “collect donations and make investments”, as well as to “financially assist retired, mentally affected, or injured members in an accident.” Or, what is the same: these funds could be used to attend to the legionary priests separated for pedophilia.