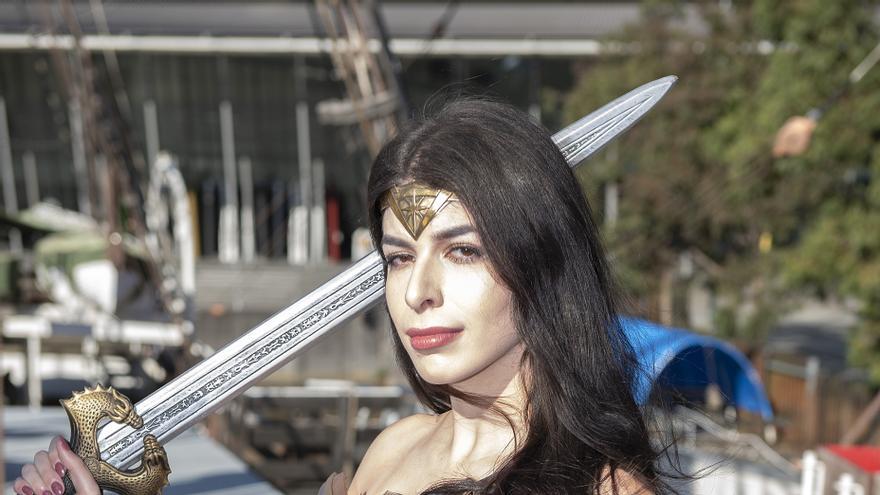 Rome, May 28 (EFE) .- The exhibition “Women in Comics”, which brings together the work of twenty-five great American illustrators turned into a journey through “the history of art and comics in the US”, was inaugurated today in Rome, the first time their joint work can be seen in Europe.

Composed of ninety original works, the exhibition, open until next July 11 at the lavish Palazzo Merulana in the Italian capital and curated by Kim Munson and the legendary Trina Robbins, “is the story divided into four or five decades of the American comic.” , explains to Efe Stefano Piccoli, curator of the Italian edition.

A journey that goes from “the vintage of the 50s to the most authoritative graphic novel” going through “the psychedelia of the 70s and underground comics” to reach the contemporary moment of Marvel and DC Comics, with themes such as “sexuality, love, motherhood, intimacy “.

“You can see the transformation of the role of women as authors and illustrators within an industry that had always been led by men, masculine and macho”, “initiated by brave and pioneering authors, who encountered a wall of rubber, with a market that in fact did not want women “, Piccoli emphasizes,

After going through an initial stage of self-determination, “feminist and feminine” publications began “to flourish, especially in San Francisco” that passed the baton to the authors of the 80s and 90s, when it was already “a little more normal than a woman he designed and wrote comics “, until he reached” today and the future “, where he sees” the transformation, not only of the market, but also of the perception of the public, critics and major events “.

“It is a representation of the wide range and diversity of women who work in comics and their genres, be it personal memories, children’s stories, superheroes, epic / fantasy genre, or even in photojournalism and in print. editorial, “summarizes curator Kim Munson.

The main protagonist of the show is the work of Robbins, a true icon “militant” of underground comics and feminist activism who in 1986 was the first cartoonist in history to design Wonder Woman for a large company like DC Comics.

Also on display are originals by African-American actresses and activists Afua Richardson and Alitha Martínez, winners of the Eisner Award for their work on Marvel’s World of Wakanda, a spin-off series from Ta-Nehisi Coates’ already “political” Black Panther.

As well as Colleen Doran (who drew on screenwriters such as Neil Gaiman and Alan Moore), Emil Ferris (author of “My Favorite Thing Are Monsters”), Ebony Flowers (“Hot Comb”), Trinidad Escobar (Filipino smoker and poet from San Francisco), Tillie Walden (“On a ray of sunshine”), Jen Wang (“The prince and the seamstress”) and Farmer (“Special Exits”), among others.

The exhibition, promoted by the United States Embassy in Italy and co-produced by the ARF Festival & Comicon, was mounted only once in 2020 in the Gallery of the prestigious Society of Illustrators in New York, the Professional Association founded by Henry S. Fleming in 1901 that, in addition to exhibitions, since 1959 has produced and published Illustrators Annual, considered one of the most important illustration catalogs in the world.