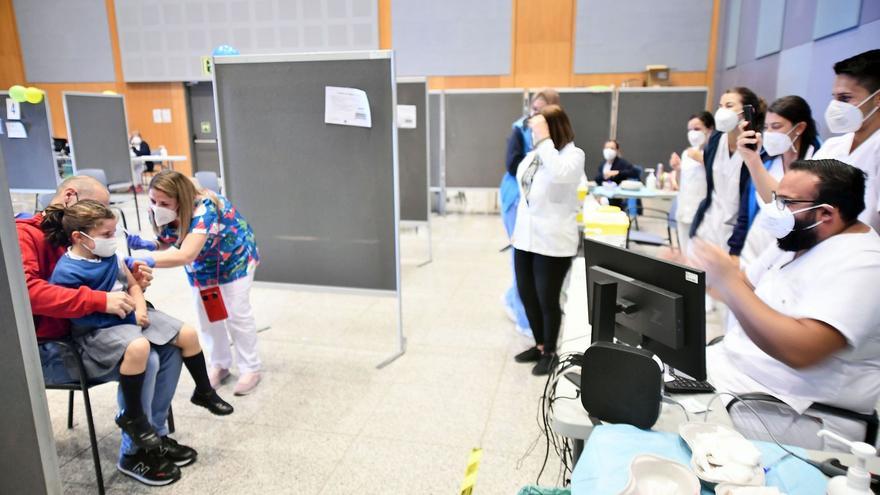 The Ministry of Health of the Government of the Canary Islands has reported this Wednesday that Vaccination teams have administered 35,075 doses of COVID-19 vaccines to the pediatric population between 5 and 11 years of ageIn other words, 25.62 percent of that age group has already received the first dose.

In addition, Health indicates in a note, the vaccination of the entire population that requires one dose, two or the booster dose continues and, in total, 3,739,741 doses of vaccines against COVID-19 had been administered up to last night.

In the Archipelago there are already 1,764,701 people who have received at least one dose, which represents 84.13 percent of the target population in which boys and girls between 5 and 11 years old have been included.

In addition, until yesterday, 1,687,998 people had been immunized who have already received the complete vaccination schedule, which represents 80.47 percent of the target population of the Archipelago.

Currently, groups from 1 to 7 (residents and health and social health personnel of residences; health personnel; large dependents and main caregivers; vulnerable people; groups with essential functions such as teachers and policemen and people with very high risk conditions) and the 9 (population aged between 50 and 59 years that has already reached that percentage) are already vaccinated with two doses between 99.5 and 100%.

This age group, the Ministry has pointed out, is "especially" concerned at this time when there is a high incidence of COVID-19, as there are about 16 percent of people who have not yet received the first dose.

"It is about a vulnerable group for presenting, for the most part, previous pathologies associated with age," adds Health.

–Group 10. People between 40 and 49 years old: 61.18 percent with at least one dose and 86.84 percent with a complete regimen (including those immunized with Janssen, which was originally a single-dose vaccine).

Of this total of doses administered, 430,501 correspond to booster doses against the coronavirus.

Booster doses are indicated for people over 40 years of age; for those who were vaccinated with AstraZéneca, with Janssen (regardless of age); and for health personnel of Primary and Hospital Care; socio-sanitary workers in public and private centers of the centers for the elderly and for the disabled; inmates in disability care centers, patients with high-risk conditions and those receiving treatment with immunosuppressive drugs