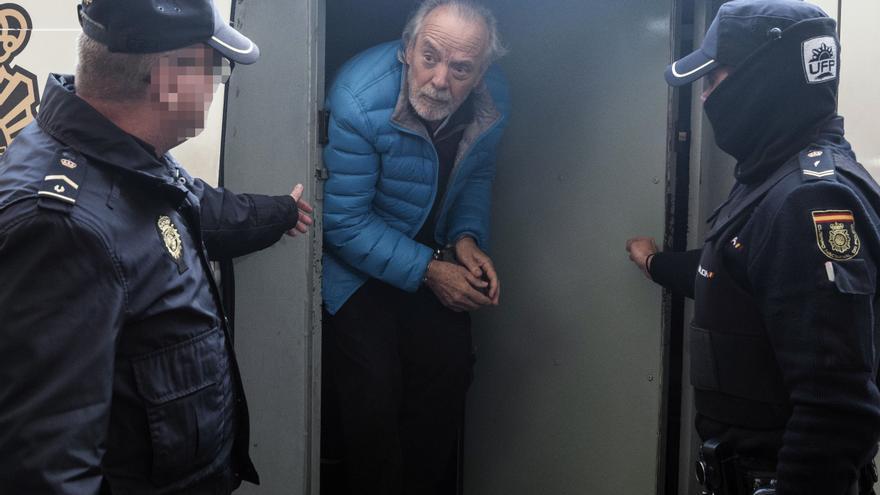 Seven months in duration, 24 defendants, hundreds of witnesses and sentence petitions that add up to more than one hundred years in prison. These are the main figures of the largest trial against corruption that is expected to be held in the Balearic Islands in the coming months, the one related to the alleged mafia network concocted, according to the Prosecutor's Office, with the aim of safeguarding the businesses of the considered king of the Mallorcan night, Bartolomé Cursach. And it already has a date: unless I change last minute modifications -and with several petitions for annulment planning on the judicial procedure-, the oral hearing will start on June 13 and end on January 13, 2023. Just one month more than which lasted another historic trial, that of the Nóos case which, seven years ago and also in Palma, seated the Infanta Cristina and Iñaki Urdangarin on the bench.

After multiple ups and downs (one of them unprecedented both in the Balearic Islands and at a national level: the block abstention -and without success- of the six magistrates that make up the room that must judge the Cursach case), the First Section of the Provincial Court of Palma , through a ruling to which he has had access elDiario.eshas set the dates on which it plans to host the numerous days of the macro-trial -except for August, a non-working month for holding ordinary trials-.

On the bench will face the Majorcan tycoon - who began his career as a tennis ball boy and ended up captaining the biggest clubs in the Balearic Islands, gyms, hotels and even a defunct airline named after his acronym -, his right-hand man, Bartolomé Sbert, and 22 other defendants, among whom are the local commanders and police officers who were allegedly entertained with sexual services, drinks and narcotics in exchange for sponsoring the smooth running of the Cursach group's businesses and punishing their competition.

In a scenario that many describe as unprecedented both inside and outside the islands, and while the macro trial already has a date, the outcome of another case is being resolved in parallel, which for the last two years has focused, paradoxically, on uncovering the alleged practices that, during the investigation of the Cursach case, the judge who investigated the plot, Manuel Penalva, the then prosecutor Miguel Ángel Subirán and four members of the National Police Money Laundering group -two inspectors, a sub-inspector and a agent-, whose objective, according to the investigators of this case, was aimed at reinforcing his thesis and smoothing out future convictions.

Although throughout these years some accusations against Cursach have been declining - he was investigated for a string of crimes that included, among others, extortion, threats, illegal detentions, corruption of minors, drug trafficking and even a homicide, crimes that ended up costing him his arrest and his entry into provisional prison without bail on March 3, 2017-, the businessman now faces a request for eight and a half years in prison for alleged illicit belonging to a criminal group, administrative prevarication, coercion and active bribery.

Anticorruption, through an indictment signed by Subirán and his former partner Juan Carrau, accuses them of integrating an alleged extortion plot and favor treatment while the defendants appeal for the nullity of the case based on what was investigated around those who They put the spotlight on them.