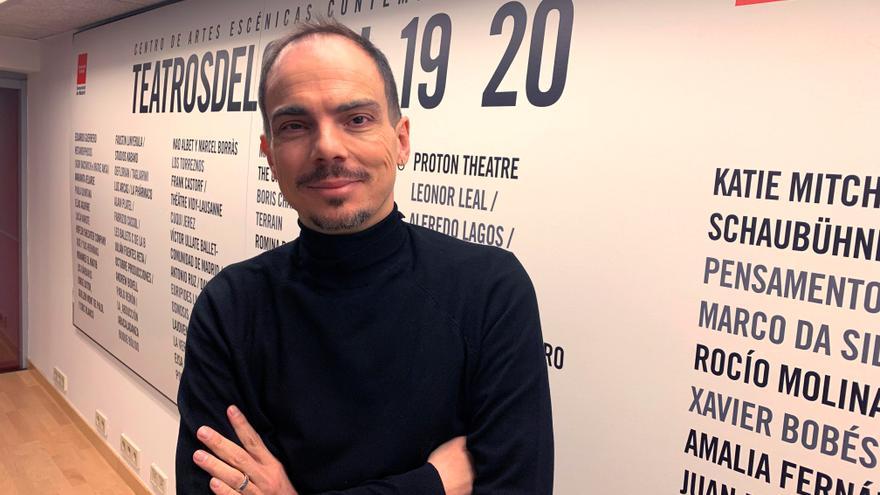 Madrid, May 7 (EFE) .- A total of 24 authors have been chosen to participate in the Creation Laboratories of the SGAE 2021 Foundation, an initiative that promotes creation and encourages collaborative experiences among contemporary authors in the disciplines of theatrical creation , film script and television series.

They also offer the possibility to those selected to develop their texts over the next six months, to have the advice of a director of recognized professional prestige, in addition to receiving an economic aid of 4,500 euros, informs the SGAE Foundation in a statement.

The authors selected for the IX Laboratory of Theater Writing have been: Markel Hernández, for “Toro Blanco”; Eugènia Manzanares, for “Benvinguts”; Daniel J. Meyer, for “Scratch”; Miguel Mota, for “Lágrimas”; Paz Palau, for “Home Sweet Home” and Melanie Werder, for “Sharentin”.

The playwright and director of the Autumn Festival, Alberto Conejero (National Prize for Dramatic Literature and winner of a Max Prize), will direct this laboratory that will take place at the headquarters of the SGAE Foundation in Madrid. Conejero also presided over the jury made up of the playwrights Juana Escabias, Julio Salvatierra, Cristina Clemente and Paco Romeu.

The SGAE Foundation will publish the resulting works in a single volume belonging to the Teatroautor collection.

For their part, the authors that will form the IX Film Script Writing Laboratory are: Ana Pérez de la Fuente and Marta Arribas, for “Lucía Mártir”; Susana Casares, for “Low season”; Ernesto Grimaldi, for “Zulma”; David Martín de los Santos, for “Come back home”; Celia Rico, for “The Good Letter”; and Pau Subirós, for “The play”.

All of them will work collectively under the supervision of the film director Julián Albaladejo, in order to adapt their texts to the big screen.

Finally, the VIII Laboratory for the Creation of Television Series will be made up of the scriptwriters: Tatiana Chisleanschi and Noelia Bodas, for “Wannabe”; Fernando Erre and Manuel Martínez March, for “Todo mal”; Víctor Alonso-Berbel and Jan Matheu, for “Raval”; Marieta Vasileva Petchanska, for “Harem”; Sara Cano and Paula Fabra for “Caregivers”; and Teresa Bellón and César F. Calvillo, for “Sports queen”.

The authors will work until June on their scripts directed by the screenwriter Olga Salvador, who also chaired a jury composed of the screenwriters Carmen Ortiz, Joana Martínez Ortueta, Rodrigo Martín and Germán Aparicio, who have selected these six participating works after analyzing more than 150 original proposals.

These projects will be able to be presented at the Conecta FICTION SGAE Foundation Pitching, an opportunity to show fiction projects in search of financing and production agreements to national and international producers.