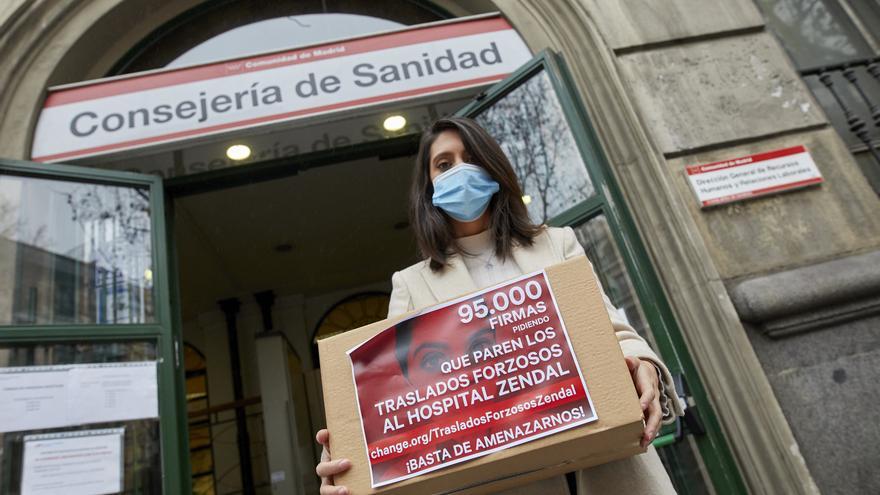 100,000 signatures and that at the close of this edition. Because the number keeps going up. Inmaculada Pardo, a nurse at the Puerta de Hierro hospital, began her campaign when she found out that the telephone order she received on January 8 summoning her – on pain of not going back to work in the Madrid public health system for a year – to go the next day to the new Isabel Zendal Hospital, that center without operating rooms and without sufficient personnel, came from above, from the Ministry of Health, and it was generalized. After spending 2020 dedicated body and soul to fighting COVID, first in Barcelona, ​​since autumn in Madrid, Pardo said enough: “When I saw how people who quit were treated, I was outraged.”

As is customary for Spanish public health professionals, the 29-year-old nurse Pardo took her first work steps chaining one-day contracts, after graduating in 2015 from the University of Salamanca. The first summer was passed from town to town, at the rate of a contract for the day. “Absolute precariousness”, he remembers today. Then he made another common decision in the guild, to go to the big city. In Barcelona she worked for the public and private sectors, making home visits in her own car, as a “covert self-employed.”

His circumstances gradually improved and when the coronavirus admissions exploded, he had already been in the Viladecans hospital for two years. During the time of greatest pressure, he worked 23 days in a row. Then, alternate 12-hour days. “Nobody complained, we made the cut,” he says now. In September he moved to Madrid, at a time when health workers were fleeing the community due to work overload and stress. The need for personnel was dire. “I went to join the Puerta de Hierro hospital list and the next day I was working; my request was not even registered electronically,” he says.

It cannot be said, therefore, that Inma Pardo, with two master’s degrees on her file, is not willing to give the callus, but everything has a limit. Knowing the shortcomings of the new Isabel Zendal pandemic hospital, which does not have operating rooms and is looking for doctors even among the resident doctors, when on January 8 she was called to appear the next day not at her hospital, but at the new center, she planted. He has been undergoing surgery for the meniscus for a year and he did not do it before precisely to be available during the worst of the pandemic, so he has made an appointment and will go under the knife. In between, after being confirmed in writing, according to El País, the guideline not to rehire health workers who refuse to go to Zendal, began a collection of signatures through the change.org platform to request an end to forced transfers. In less than five days it gathered more than 95,000 supporters, which it presented on Thursday at the Ministry of Health. This Friday at the last minute it exceeded 100,000.

“It is a totally irregular penalty,” criticizes Pardo, who recalls that limitations can only be applied if you are called from the centers in whose work lists you are listed, and that in any case they are temporary. Go to the end of the list, if there are no merits, or lose them for a year, but never be banned from working in the public system.

The nurse hopes not to be retaliated, now that she has stood up. “I am not backed by any union or political party. I trust, even if it is rare, that this is a democratic country and I can express my opinion and say that my rights as a worker are being violated,” she says, but warns: “If this means that I am not going to find work in the Madrid public system, I would go to court. It would be much more serious than now, which is already serious, “advances this utility, which understands that the criteria of private business cannot operate here, then” It is not a company that can say that its image is damaged; we are talking about the public system “.