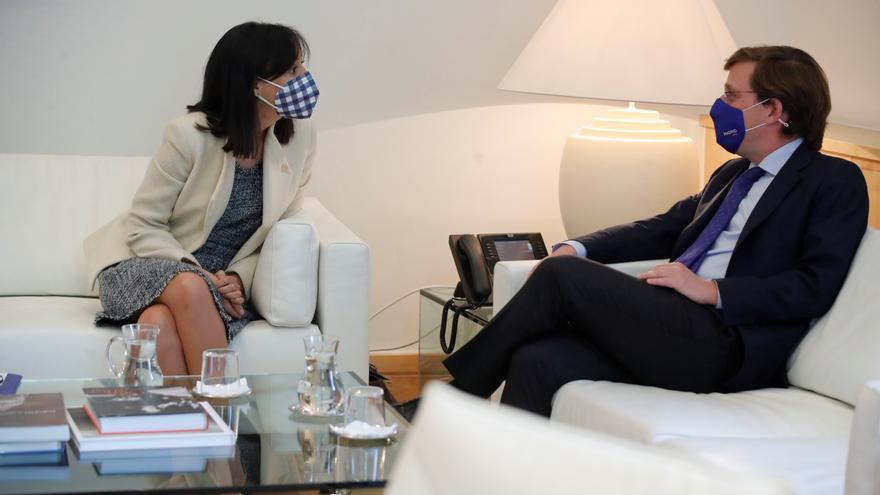 Madrid, May 12 (EFE) .- On the occasion of the San Isidro festival in Madrid on May 15 there will be a National Police device of 1,100 reinforcement agents to which at least 1,140 of the Municipal Police will be added to prevent repeat the crowds and bottles of last weekend, after the end of the state of alarm.

In total, there will be at least 2,240 reinforcement agents between the National Police and the Municipal Police between Friday May 14 and Sunday 16, as reported by the Government delegate in Madrid, Mercedes González, at the press conference after their first meeting institutional meeting with the mayor of the capital, José Luis Martínez-Almeida.

Sources from the Government Delegation have specified that on Thursday there will be a first reinforcement with an unspecified number of troops, and that the 1,100 agents of the main device will be distributed between Friday and Sunday, with Saturday May 15 as the high point.

In any case, González has asked citizens for responsibility and prudence, because – he pointed out – the Delegation and the City Council will do everything on their part but “we are almost touching the end of the tunnel” and “we cannot take steps back” and, to This, people “have to be clear” that there can be neither crowds nor celebrations.

There will be “strategic points” where more emphasis will be placed, such as Pradera de San Isidro, Pradolongo Park and some important parks in the west of the capital, said González, who has indicated that when the night curfew declines, crime ” outright “has returned, which is the competence of the National Police.

In addition, there will be nine demonstrations this weekend, the bulls of El Pilar de Vistalegre, and the Pradera de San Isidro festival in Ifema, in which an influx of 6,000 people is expected.

González has assured that the City Council and the Delegation will collaborate together so that San Isidro “is a party”, but without falling into the images of last weekend, for which he has reiterated his request that citizens collaborate to achieve it.

Almeida, who has underlined the “climate of coordination, dialogue and work” with the new delegate, who takes over from José Manuel Franco, has specified that the Municipal Police will have a daily reinforcement of at least 380 agents regarding to the usual operation (not compared to last weekend, when they were already 200 more than usual).

From Friday to Sunday, therefore, there will be at least 1,140 municipal reinforcement police.

“They are sufficient, also depending on the behavior and responsibility shown by the people of Madrid,” said the mayor, who assures that it is a “gigantic operational effort.”

In any case, he has insisted that neither the National Police nor the Municipal Police can go “to the last street” or put an agent behind each Madrilenian, so citizens must “assume that we are in a pandemic and that there are still infections and deaths “.

In addition, the device will be completed with other resources of the Municipal Police: the drones of the Air Support Section, the Cavalry Squadron Unit and the Canine Section.

The municipal device will start on Friday, the 14th, at 8:00 p.m., and will continue throughout the weekend in La Pradera and Las Vistillas (throughout the day), also reinforcing the afternoons and nights of Friday and Saturday in the areas of the city where there are usually concentrations to consume alcohol on public roads, the so-called large bottles.