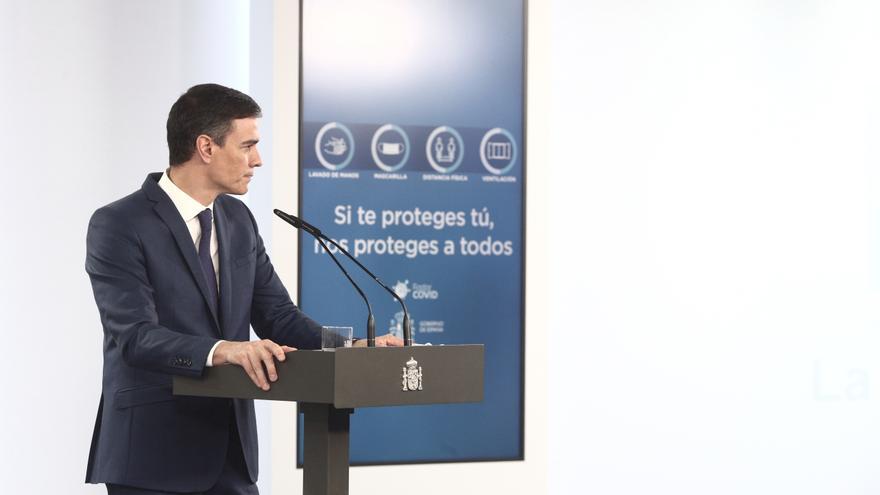 The Government has already channeled the recovery plan with which it intends to transform and modernize Spain with the 140,000 million of the funds that the EU approved in the framework of the crisis left by the COVID-19 pandemic. The inter-ministerial commission that was created to address the plan will give it the go-ahead on Tuesday for Pedro Sánchez to present it to Congress in an appearance on Wednesday and the Council of Ministers to definitively approve it “in a few days,” according to himself announced, to send it to Brussels before April 30, which is the maximum deadline. In an event organized by the newspaper El Español, the president explained that the plan will contain a total of 212 measures, of which 110 will be investments and 102, reforms.

The goal is for 72,000 million euros to be invested in the first period -until 2023-. Of these, 27,000 are already consigned in the General State Budgets. The Government emphasizes that the whole plan will revolve around ecological transition, digital transformation, gender equality, and social and territorial cohesion. Sánchez has assured that the intention is that these measures have an “immediate impact” on the Spanish economy, especially in strengthening companies and creating jobs.

In his speech, he has outlined what will be some of the main measures that will be implemented, among which he mentioned the modernization and competitiveness of the tourism sector, the 5G roadmap or the ecological transition. “We are not starting from scratch: the plan is the continuity of a strategic agenda that began almost three years ago,” he said about the axes on which the Government’s actions have been guided since his arrival in Moncloa in 2018.

Regarding investments, he has listed some related to renewable energies, such as the auction of 6,000 megawatts, 1,500 million euros for hydrogen projects, the installation of 150,000 fast charging points, or support for the acquisition of electric vehicles for achieve a fleet of at least 250,000 in 2023. 1.3 million SMEs will also be digitized, as well as 140,000 school classrooms and more than 65,000 places for infant education 0-3 years will be created, according to Sánchez in his speech in which It has committed to the rehabilitation of half a million homes, which is one of the proposals of the Ministry of Transport, Mobility and Urban Agenda to increase the public housing stock with the aim of lowering prices.

Sánchez has a triumphant speech regarding the Spanish economy, despite the fact that the Government has revised the growth prospects for this year downwards. “The horizon is clear: after the strong contraction of 2020, Spain is going to be one of the countries that grows the most in 2021,” said the president, who has assured that it will be the second western nation that grows the most behind the US. “Spain has always been able and will be able to,” he assured.

The president also took the opportunity to recall that the EU has promoted on this occasion a way out of the crisis different from the one it carried out in 2008 and has ensured that the steps it has taken in managing the pandemic, such as funds recovery, the centralized purchase of vaccines or the mutualisation of debt, among others, have meant “the greatest leap in integration in decades.” Thus, Sánchez has been optimistic about what he has considered to be the “story of a collective success for Europe and for Spain”.

Sánchez has also linked the pace of economic recovery to the “rate of vaccination” and has also been enthusiastic in this regard by ensuring that “record after record” is being broken in the process with which he intends to meet the common European objective that 70% of the population is vaccinated by the end of August. The calendar that the president has set out is that in the first week of June there are 10 million people in Spain with the two doses, that in mid-July it will reach 14, that by the end of that month the figure will be 25 million to reach 33 by the end of the summer.

Thus, he has assured that the Government is “at 101%” in vaccination and recovery. “Our economic policy has always been prudent – he said about the downward revision -. The best fiscal policy is the vaccination plan.” It has also taken the opportunity to raise the flag of Europeanism in the acquisition of vaccines after the Community of Madrid investigated the possibility of buying the Russian Sputnik vaccine. “The pandemic has put the institutional architecture to the test,” he began by saying before asking himself: “Where is a lander or a single autonomy going competing with countries of millions of people in search of a vaccine?” “Better together, better together”, he finished.