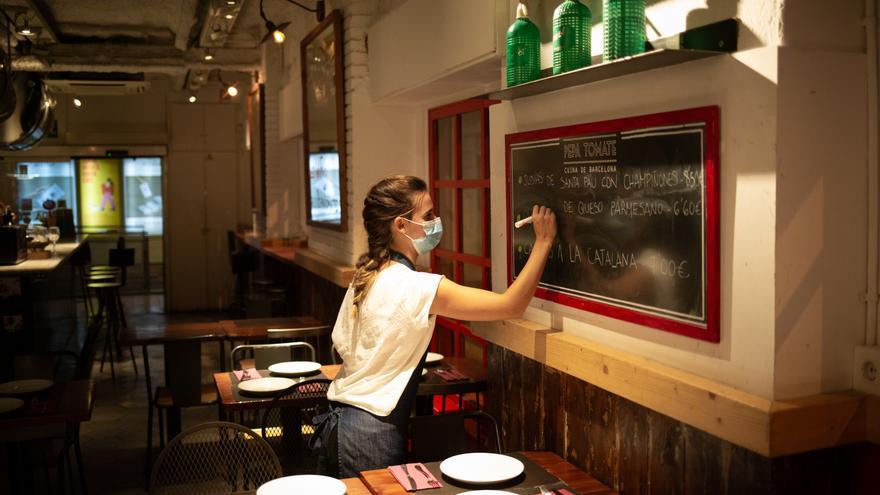 The year 2021 closes with a balance of strong job creation and unemployment reduction. In the last twelve months the number of people affiliated with Social Security increased by 776,478 workers, which represents a rate of job creation of 4.1%, the highest since 2005. For its part, registered unemployment fell in the last year 20%, in 782,232 people, leaving the total number of unemployed people registered with the public employment offices in 3,105,905. This is the lowest figure this month since 2007, before the bubble burst.

However, the challenges derived from the pandemic still continue. So does the health crisis, as shown the current explosion of infections by the omicron variant. The ERTE figures have increased at the end of December to a total of about 124,000 people protected in this mechanism, of which just over 102,000 are included in ERTE covid. The self-employed workers protected under some of the benefits created by the cessation of activity for this crisis, the so-called "unemployment of the self-employed", stood at 108,178 in December, with figures from the 20th.

Despite not having left the pandemic behind, 2021 has managed to place the number of workers and unemployed at levels prior to the outbreak of the coronavirus in Spain, in March 2020, which meant a job debacle in a matter of weeks. The prepandemic affiliation level was already exceeded in summer, while the unemployment rate was beaten last November. There are currently 574,682 more affiliated workers than in February 2020 and 140,142 fewer unemployed people.

Thus, a rapid recovery in employment has been achieved, which contrasts with the experience of the past economic crisis. Although the coronavirus crisis and the Great Recession are very different in their causes and in their incidence, the Government recalls that after the financial crisis Spain needed years to recover its employment levels, while this time the data has recovered in a matter of months.

One of the fundamental pieces for this rapid recovery has been the ERTE, a flexible tool with which companies have been able to temporarily suspend their workers (totally or partially) while they received State aid, as indicated by social agents and market experts of work.

The total number of workers affiliated to Social Security reached 19,824,911 people in average terms in December, after the increase of 72,553 people affiliated in the last month. The data represents a new maximum number of workers in the Social Security system, which is being exceeded every month thanks to the continuous recovery of employment. The rate of year-on-year job creation, somewhat above 4%, had not been recorded since 2005, a year in full bubble and also influenced by the process of regularization of immigrants that took place that year.

December is usually a good month for employment, thanks to the Christmas season and the olive season in agriculture, in which employment increases and unemployment is reduced. This has also happened this year, with an average of 72,553 more workers and 76,782 fewer unemployed compared to November, although there has been a certain slowdown in the good performance of the labor market amidst the wave of coronavirus infections.

The sectors that have registered the greatest increases compared to the same month last year (in the General Scheme, which is the one that adds the number of workers to May) are the hotel trade (17.77%), artistic, recreational and entertainment activities ( 16.24%), information and communications (8.78%) and scientific and technical professional activities (6.84%).

Regarding the territories, in the last twelve months all the autonomous communities have incorporated occupied. The increase in Social Security affiliates in the Canary Islands (6.43%), the Balearic Islands, with 5.52%, and the Community of Madrid (4.97%) stands out.

For its part, unemployment accumulated one more figure of reduction of unemployed people, "a new record by accumulating ten consecutive months of decreases, the longest period in the historical series", highlights the Ministry of Labor. The total decrease in the number of unemployed in this period is 902,884 people. In the last 12 months, it fell by 782,232 people, "the biggest drop in a year of the entire historical series and a drop in all the autonomous communities," says Trabajo.