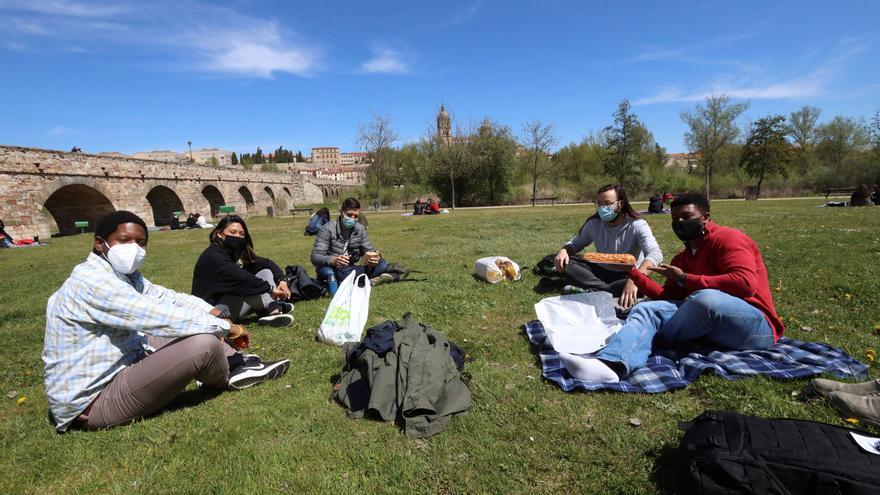 Spaniards believe that the new generations are going to live worse than those of their parents. But the turning point has been the pandemic. Before the COVID crisis, only 48% of the people surveyed by the CIS (Center for Sociological Research) thought that young people were going to encounter more difficulties, but that percentage has risen to 73% due to the health situation of the latter year and a half. It is just one of the conclusions reached by the barometer specialized in youth and childhood, and which includes questions about coronavirus, precariousness, stigmatization and poverty.

The CIS publication coincides with the explosion of infections in the lower age ranges, between approximately 15 and 29 years of age, which once again puts the focus of debate on the attitude of this group towards the pandemic. 21% of Spaniards believe that they have only thought about “making bottles” during the pandemic, while 67% do not agree with that statement. On the other hand, 66% acknowledge that they have collaborated by running errands, accompanying and caring for vulnerable people.

On whether young people have been the most irresponsible of the health crisis, the survey is divided: 50% agree and 48% little or no agreement. 62.5% believe that they are the ones who have complied the least with anti-COVID measures, such as the use of a mask, hand washing or respect for quarantines and, on the contrary, 84.4% applaud that yes they have been respected in the colleges, institutes and universities.

More than half the population believes that young people are second-rate citizens. The main reasons for this perception would be the lack of decent jobs (47%), because they are not offered opportunities (16%) and because they are inexperienced (7.2%). In fact, 16% of those surveyed believe that youth is undervalued. 54% understand that the economic situation of young people has worsened with the health crisis and 88% that they should be consulted about the political and economic measures that affect them.

82% estimate that public administrations “are not doing enough at this time to support and help young people.” Of these, 49.4% believe that it would be necessary to “offer more aid to find employment” and 47.3% maintain that it is necessary to “improve working conditions”, such as the situation of scholarship holders.

The CIS finds that employment and housing are the main stumbling block for youth development, and they were also before the pandemic. However, only 27% of young people believe that the best social policy is employment. This percentage rises gradually along with the age range, reaching its maximum among those over 65%, who value it as a social priority at 66%.

Finally, with regard to child poverty, 96.9% of Spaniards believe that it should be tackled by promoting “the employability of their parents”, 95.5% assure that it should “give additional educational support to children who do so need “and 94.1% highlight the need to” give more food scholarships for families with few economic resources. ”