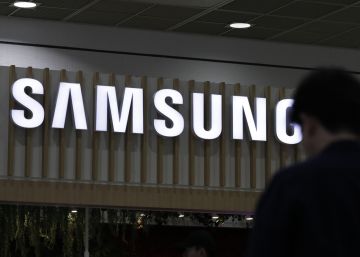 A Seoul court has convicted Lee Sang-hoon, chairman of the board of Samsung, 18 months in jail for sabotaging the activities of the company's unions. Together with him, 25 other South Korean technology employees have been convicted of violating labor association laws. This condemnation is a new setback for Samsung, whose directive leadership – including their top manager, Lee Jae-yong – involved in various judicial plots related to corruption cases.

The trial investigated the maneuvers intended to weaken and break the union of workers in the customer service unit, carried out when Lee Sang-hoon served as the firm's chief financial officer. The Seoul central district court on Tuesday established that the plans had been drawn up by Samsung's already closed “strategic elite group”, of which Lee was a part. Some of the tactics employed consisted of tracking sensitive information about the members of the labor association to force their resignation, as well as systematically delaying negotiations with union representatives.

The jury has stated that it has a record of “countless documents” that detail procedures to harm union activities, which were distributed to the accused by the board. "Although Lee says he has not had knowledge of many areas, we cannot grant him immunity exclusively because he is not aware of secondary issues," the judge said, according to statements. collected by the South Korean news agency Yonhap. Among the culprits is also Kang Kyung-hoon, vice president of the firm.

This ruling comes six years after Samsung's efforts to end its workers' associations first came to light, when in 2013 Sam Sang-jeung, Social Democratic leader of the Justice Party, unveiled a 150-page document that He detailed his stratagems. Last week, in a parallel case, the judges also ruled against the company in connection with sabotage of union activities at Everland, an amusement park they own. The South Korean group, contrary to union policy in its ranks, has declined to comment on both sentences.

Their unions, on the other hand, have raised their voices to celebrate the judicial ruling. "The organized destruction of unions by Samsung has been officially recognized by the courts," said Yoon Jong-seong, a spokesman for the organization that groups Samsung's various workers' labor associations. The representative said that the group will continue to stand up in the rest of court cases and encourage the creation of new unions within the group.

This sentence represents a new blow for Samsung, whose management team is immersed in several judicial scandals. The most controversial involves its leader de facto, Lee Jae-yong, who in 2017 was arrested accused of bribery, embezzlement and perjury. This episode uncovered the power enjoyed by chaebols – large national companies – in South Korea, causing popular outrage and the fall of the then president Park Geun-hye, related to the plot. The initial five-year punishment was halved at the beginning of last year, although an imminent new trial could return Lee to jail and further deepen the problems of the world's first mobile phone producer.