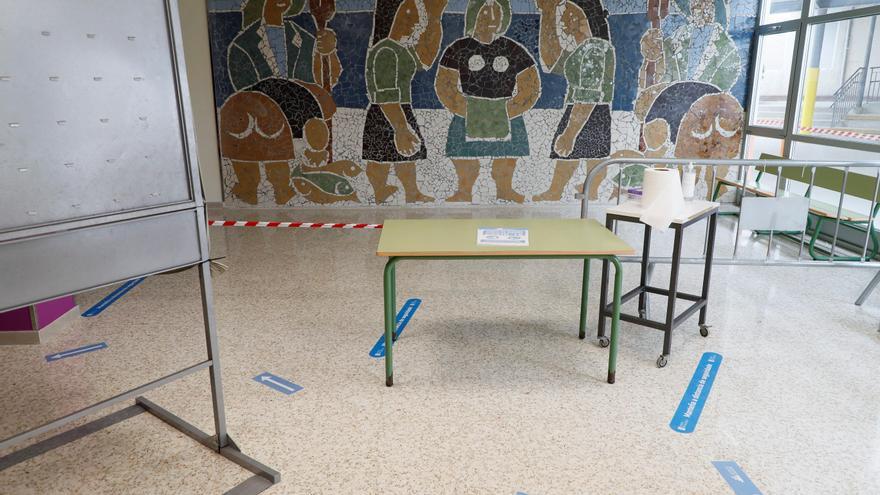 The fear of COVID-19 was noted in the regional elections of June 12 in Galicia and, above all, in the Basque Country. This is what emerges from the post-election study of the Center for Sociological Research published this Wednesday and which yields two data: 14.2% of the Galician abstentionists respond that they were “for fear of contagion of coronavirus”, a percentage that rises to 18.8% in the case of the Basques.

In Euskadi, abstention in the last elections, where Iñigo Urkullu’s PNV was the great winner, marked a record of 47.2%, which is thirteen points more than four years earlier. In Bilbao and Vitoria even less than half of the electorate voted.

Asked about the reason for their abstention, in Euskadi 14.2% claimed fear of the coronavirus in the first place and another 4.6%, in second. In total, 18.8% did not vote for fear of being infected in a community that had registered one of its first outbreaks a couple of weeks before the election date. In round numbers, that percentage would equal 160,000 people, the difference between 900,000 voters in 2020 and 1,070,000 in 2016.

14.2% of Galician abstentionists were out of fear

In Galicia, the percentage of abstentionists for fear of COVID-19 is more discreet. 12.2% of the abstentions were due to fear of contagion in the first place and 2% in the second. In total, 14.2% did not vote due to fear of the coronavirus.

This figure, which represents one in ten abstentionists, does not seem decisive in the result of the fourth absolute majority of Alberto Núñez Feijóo. In fact, abstention in Galicia fell by nearly five points compared to the previous regional elections, standing at around 41% in July. In absolute numbers, about 920,000 people did not vote. 14.2% suppose that some 130,000 people did not do it out of fear.

A group apart from the abstentionists and to whom the CIS also asks why they did not vote is that of those who intended to do so, but finally could not. In Galicia, 38.8% of these frustrated voters affirm that the coronavirus prevented them from exercising their right to vote in a campaign in which the president of the Xunta and PP candidate came to assure that this right was vetoed for infected people .

While in Galicia health reasons were the most mentioned, ahead of the 25.2% who claimed to be absent or the 16.2% who could not go to the polls or vote by mail for family reasons, in Euskadi the people who could not voting, despite wanting to do so, for the pandemic was 19.8%. A figure much lower than the 40.7% of those who were absent.