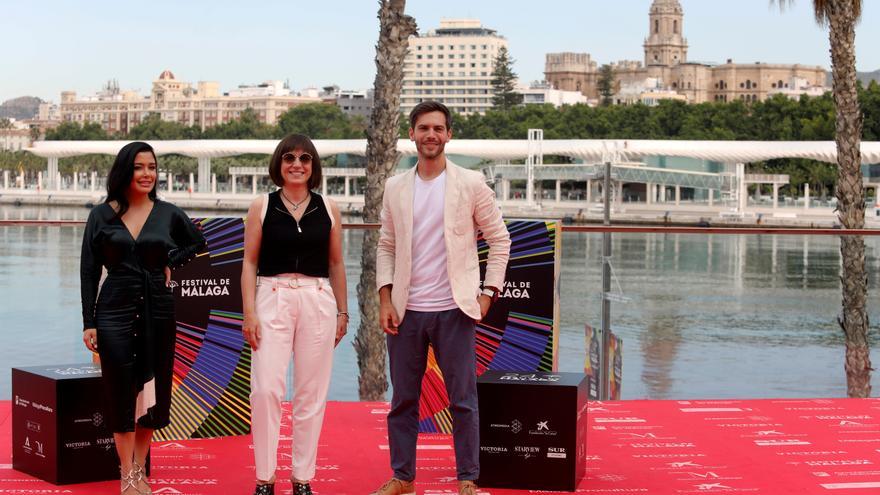 Malaga, Jun 8 (EFE) .- Sexist violence occurs every day also in the upper classes, and that is what the Catalan director Judith Colell wanted to show in her new film, "15 hours", in which the victim does not receive the help from an environment that only sees a prince charming in the abuser.

Colell considers it necessary to also speak on the screen of this other pandemic that devastates all the countries of the world "until there is not a single dead woman", and it seemed interesting to do so in the sphere of the upper classes, in which "life It looks rosy and wonderful from the outside. "

Hence this co-production of the Dominican Republic and Spain presented this Tuesday in the official section of the twenty-fourth Malaga Spanish Film Festival, because Colell conceives cinema "as a weapon of denunciation and awareness," he stated at a press conference .

"I am interested in social cinema, which stirs consciences, which makes us think and denounces injustices and terrible situations. We found it interesting to talk about this, how we know, intuit and suspect and do nothing".

According to Colell, "the abuser makes the woman so small that he makes her miserable and puts her self-esteem so low that she dares not ask for help or finds the doors closed."

When considering what profession that aggressor would have, he thought that the fact that he was a musician "and dedicated himself to something more sensitive gave him a nuance that was interesting."

The protagonist and also producer of the feature film is the Dominican Sterlyn Ramírez, who was always clear, since she began producing films, that she wanted to deal with "social and women's issues."

"I not only want to make films, but to show something, what is happening to us. With cinema we have the opportunity to deal with the things that happen and touch at least one soul. With someone giving strength to get out of that situation, it's enough, "says Ramírez.

The actress, who studied forensic psychology, had not had a relationship with battered women, but in the process of creating the film she was in foundations that serve victims of sexist violence and that helped her "to create the character."

"I fell in love with the character and his strength," said Ramírez, who warned that "anyone can be an abuser, also men with a certain style, and you never think that a musician could be, someone so sensitive and it connects so much with their emotions. "

That abuser is played on the screen by Marc Clotet, who agrees on the need to "put on the table this scourge of the 21st century that opens the newspapers every day."

"It is a couple that from the outside has everything, professionally and economically, a happy family in view of the people around them, but inside the house that false happiness can become the biggest hell," said the actor.

He had to "study" his character to "understand how someone can do something like this" and he thought that "he gets to mistreat because he believes that it is the only way he has to save himself, also having a very low self-esteem."

"Nobody has written on their face 'I am an abuser', and I liked to show that we are not what we appear to be," said Clotet, who considers that the protagonists have "a toxic relationship in which love is understood as an absolute dependence ".