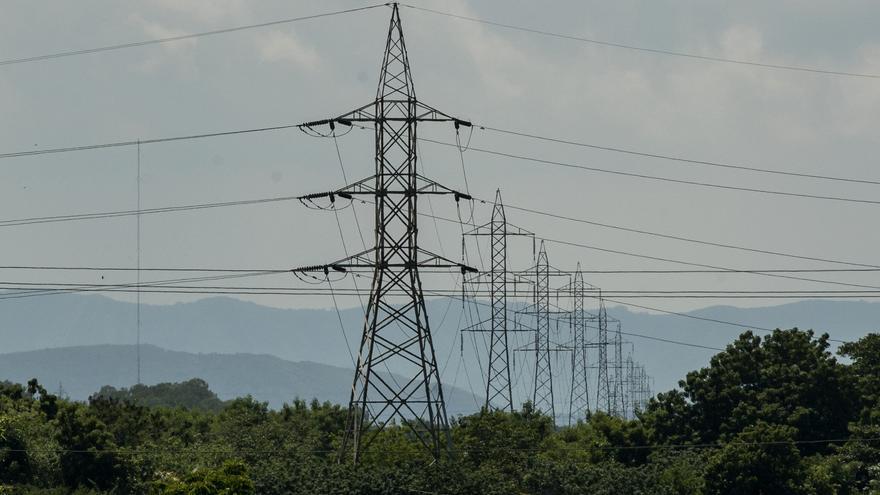 “All the wealth of the country in its different forms and whatever its ownership is subordinate to the general interest. Public initiative in economic activity is recognized. By law, essential resources or services may be reserved to the public sector, especially in the case of monopoly. and also agree to the intervention of companies when the general interest so requires. “

Article 128 of the Spanish Constitution has returned to political news after the threat of electricity companies to advance the blackout of nuclear power plants by the Government’s measures to try to contain the rise in the electricity bill. An article that the former vice president of the Government, Pablo Iglesias, placed in the debate this Tuesday through his account of the social network Twitter and that many read as the possibility of the Government to put these companies at the service of the general interest.

Expert sources in administrative law indicate that the threat of the electricity companies to advance the nuclear power outage, which contributes 20% of the electricity in Spain, is “more political than legal.” “They cannot do it,” they insist, because it is a sector “subject to heavy regulation and supervision.” An idea in line with which the Third Vice President and Minister of Ecological Transition, Teresa Ribera, stated that this stoppage would not receive the approval of Red Eléctrica, which has to prepare a report to authorize the closure of an installation of these characteristics. “I imagine that the system operator would evaluate it but it is very likely that he would come to the conclusion that it is not possible,” he said in an interview. in Cadena SER.

The professor of Constitutional Law at the University of Seville and former lawyer of the Constitutional Court Joaquín Urías explains that article 128 fits into the current assumption because “what it requires is that there be a confrontation between the general interest and a particular interest of any kind” . “The interest of the whole society collides with the interest of some gentlemen who want to obtain benefits with such high prices that they make life together difficult,” he points out. However, this expert indicates that this rule does not apply from one day to the next, but is a general principle that allows the existence of public companies in certain sectors. “When the electricity companies or Iberia belonged to the State, that was an application of 128”, he exemplifies.

In the same vein, Gabriel Moreno González, professor of Constitutional Law at the University of Extremadura, explains that this article recognizes the State’s ability both to create and have public companies, and to reserve certain sectors for the public, “especially those that are given in essential resources or operate under a monopoly or oligopoly regime, as is the case of electricity companies “which, moreover,” are a strategic resource. ” “It would take a law, which would not require an absolute majority,” he says. “From the moment that this reserve operates, no private company could enter that market, only the State could have a monopoly,” he points out. This would also imply the subsequent expropriation of companies that are already operating in that sector, through article 33 of the Constitution.

According to Urías, 33 recognizes the right to private property, but clarifies that “the social function of these rights will delimit their content, according to the laws.” In other words, “no one may be deprived of their property and rights except for justified cause of public utility or social interest,” the text reads. “The reasonable thing in this case is to go to article 33, to say that there is a general interest and those people will be deprived of their private property,” he advances. “It does not have to be forever. You can say that for the next X years the company will be managed by the State or it can be partial. Only the electricity grid can be intervened, or the nuclear power plants, for example, or everything can intervene. ”

What is the mechanism? By means of an administrative act, with a declaration of public utility, or by decree law, as happened with Rumasa in 1983, when the Government decreed its forced expropriation, although in that case without resorting to 128. The most difficult thing to determine in operations of this gauge is your fair price. “In the first instance, the State provides compensation, which the courts can then correct,” says Urías. And this is where this expert sees one of the main obstacles to the nationalization of the electricity sector: “If you expropriate, you have to pay them the price of the companies. How much are the electricity companies worth? Billions.” For Moreno, “the State can face everything, but it would be an astronomical amount.” This Wednesday, and despite leading the falls in the Ibex 35 after the measures adopted by the Government, the two main electricity companies, Iberdrola and Endesa, had a capitalization close to 80,000 million euros.

Other sources consulted by this means add that the Electricity Sector law itself already declares in its preamble that it is a service of general interest and they agree that article 128 of the Constitution allows a sector to be nationalized. However, they do not believe that this can be applied in this case because the European directive on the electricity sector advocates liberalization and the introduction of competition. In this case, the nationalization of the electricity companies would constitute a state monopoly and would contravene European regulations. “This would make sense in a sector not subject to European legislation,” they explain.

Moreno agrees that “European Union law, especially competition law, has emptied the provisions of the Constitution of content, including, and very notoriously, the provision of 128.” “In theory, there is no obstacle for this reservation to be included, but the management by the State would have to respect competition law. At a comparative level, there are quite a few European countries that have public companies, such as Italy or the Northern Scandinavian countries, which operate under a reserve regime, “he says. “There are safeguard clauses that the State could brandish”, continues this expert, who considers that yes “there could be a public company, which could be the only one, but it could not have any position of dominance over other companies that could enter those sectors “.

In any case, he argues that “in practice this possibility has been greatly reduced” with these regulations, but “the State has the capacity, another thing is that there is will and courage to confront not only the companies in the sector, but also the ideology of the European Union”.

The same sources indicate, however, that although the nationalization of the sector would not be contemplated, if it would be possible to create a public company, which should “operate under the same regime as the others.” This has been one of the demands of United We Can, which at the beginning of September presented in Congress a proposal to create a state company that assumes the concessions of the hydroelectric plants that are expiring. An idea to which the third vice president Teresa Ribera has left the door open. In an interview on elDiario.es It affirmed that it has always been “open” to this possibility, although it recognized that other public companies in neighboring countries, such as Italy or France, already have to “apply the same regime as the rest.”